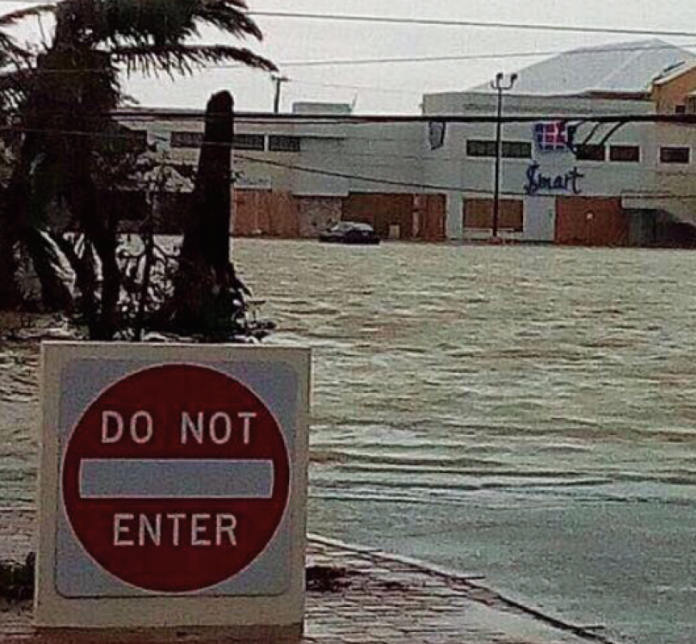 Jaide Williams, full time student and resident assistant on campus, said she found herself on the wrong side of the of the Caribbean after Irma struck her family last weekend.
“I know it may sound crazy, but I want to be with them as they struggle through this repair process,” Williams said.
Much of Jaide’s immediate family was situated in the direct path of hurricane Irma with no choice but to stay put. Her father was located in a hotel in Turks and Caicos where the viability of the roof was in question and her aunt’s home in the Grand Bahamas was devastated.
“It’s been rough because I’m walking around campus and students are going on minding their business because it’s not directly affecting them,” Williams said.“They don’t even know what is going on and I’m just trying to keep it together”.
She said her family is alright physically, but mentioned that some of the people of Turks and Caicos are facing a lack of supplies. While she has no immediate plans to go back home, she said that she will do all that she can locally.
“Whatever I could, I would send home. Whatever they request like …flashlights,” Williams said. “You need flashlights [and] you need toiletries”.
In her aunt’s case, Williams said that she will need help finding materials for a new roof.
“They are in the process now of cleaning up her house because the roof caved in [and] everything’s wet, but they are having complications when it comes to getting supplies because on the island everyone else is trying to get supplies,” Williams said. “The country itself doesn’t generate its own supplies. Everything is imported,” she added.
And with this supply shortage comes another problem: addressing the concerns of those who need help the most. Williams had a solution.
“I send it (aid) through my family members”, she said. “If you send it through the government,[there] is no telling if it’s going to go to who exactly you want it to go to so you’re just better saying this is who this is for and this is who I want this to go to. Or you find a trusted organization,” she said.
With a population of around 32,000, Turks and Caicos is a self governing British territory that sees tourism as one of its main sources of income. However, with much of the islands in ruin, it is hard to say when the tourism market will be up and running again.
“If hotels are down, if shops are messed up, if people can’t fly in and out, how does the country generate its revenue?” Williams said.
This was one of her greatest fears with a father working in the hotel industry. A dearth in tourists would affect her directly.
“My mom is a teacher so she would have been fine,” she said. “But my Father, it’s like woah thats something to think about,” she added.
Jaide said that fortunately her father’s hotel had minor damages and he is back at work.
“Everyone is helping out wherever they can. It doesn’t matter what your status is at the job. Everyone is helping cleanup. Everyone is helping [to] get the hotel back to where it needs to be because that’s what you do during the storm: you pull together and help as best as you can,” she said.
Jaide only wished people were as adamant about helping citizens in the Caribbean as they were about helping Houstonians.
“I go to the store and you have jars that say help hurricane Harvey…I’m on amazon trying to order something…please right now donate to Hurricane Harvey,” said Williams. “If we had half the publicity in my country, we would have been good,” she added.
“Beyonce donated 7 million dollars to Houston, but who [is] gonna help us? Ronnie Butler? Ronnie Butler is the local Bohemian artist, but he’s probably got like $10,000 in his bank account,” she said laughing.
“You have a Beyonce; we don’t have a Beyonce,” Williams added.
All of her family is ok for now but, Irma will leave them recovering for a while to come. But regardless, she claims that her family is there to stay.
“At the end of the day its home…Its like Texas is prone to tornadoes but would you move?” Williams said.
Williams mentioned that food or supplies are still in need for those in Turks and Caicos, the Bahamas and other Caribbean islands, but said that it would be best if those who wished to help sent their supplies directly to those seeking aid in local communities. This can be achieved through one of the local rotary clubs in Providenciales, Turks and Caicos. They can be found online at http://www.providencialesrotary.club .