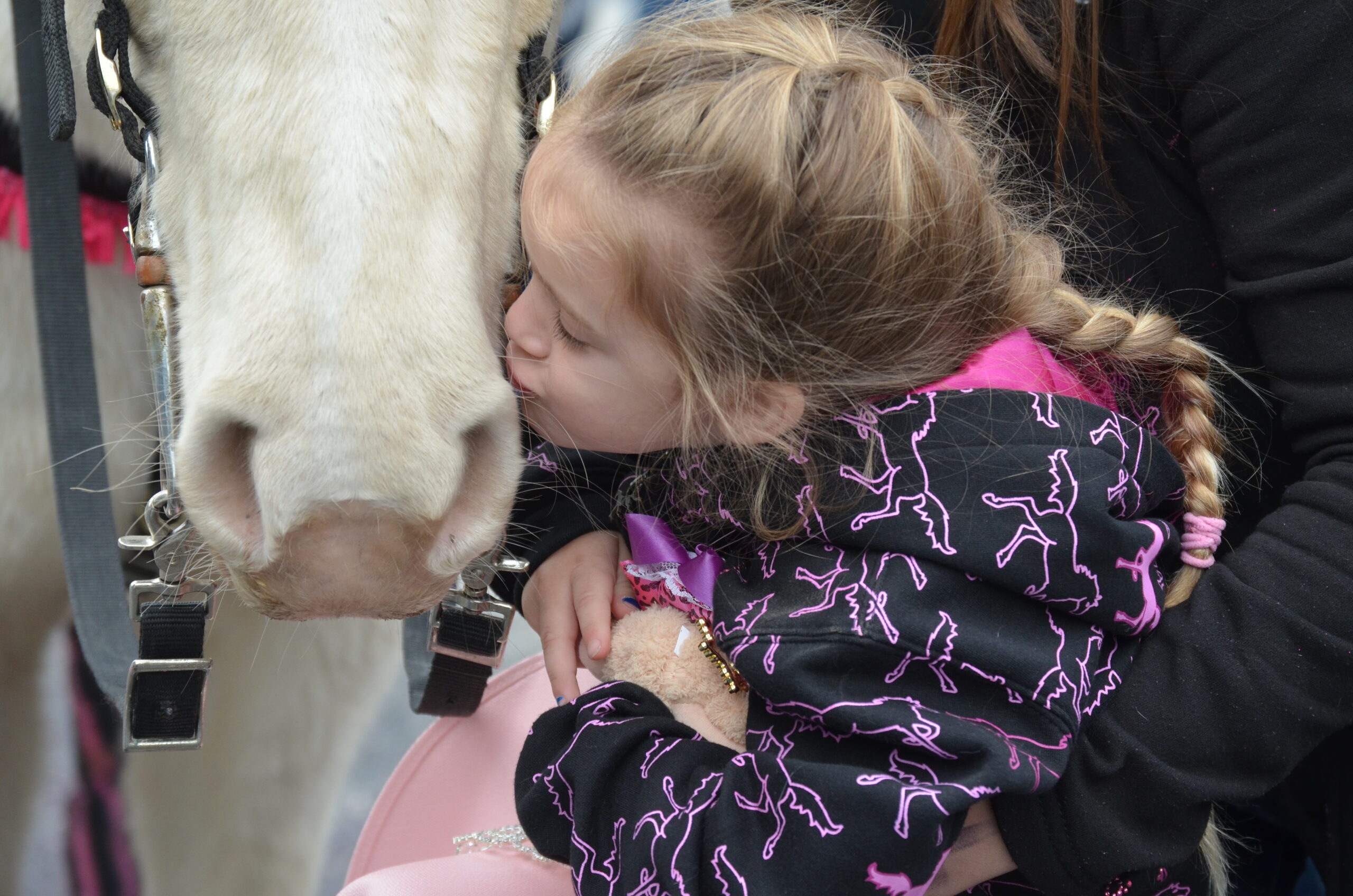 In the parking lot behind Potter two horses were tied to a trailer waiting for a little girl by the name of Londyn. The TJC leadership class has been working on assisting the Make A Wish foundation to grant her wish of riding a horse and attending a big rodeo, as Londyn calls it. To grant her wish of riding a horse the class decided to take it to the next level and put together a parade for her on the TJC campus. With the help of the Apache Band an the Belles they led the way for Londyn leading her from Jenkins to Rogers Student Center where Dean of Students Dometrius Hill spoke and told the crowd that had gathered to cheer Londyn that the Apache Nation was behind her.