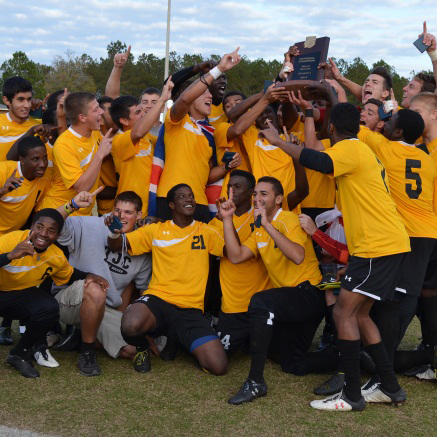 Congratulations to the Tyler Junior College Men’s soccer team. This past Saturday they won a National Championship for the third time in four years. Sophomore Joseph Pratt scored the lone goal in the contest against Louisburg (N.C.) College. The Apaches also won the championship in 2009 and 2010; and after coming in third last year TJC is back on top. Steve Clements, who given TJC all three of its national titles, was voted Coach of the Tournament. Casey Osborne, a sophomore forward from Atlanta, Ga., was named Most Valuable Player of the Tournament. Also making the all-tournament team from TJC were Nathan Trout, a sophomore defender from Liverpool, England; and Chris McGaughey, a sophomore goalkeeper from Armagh, Ireland