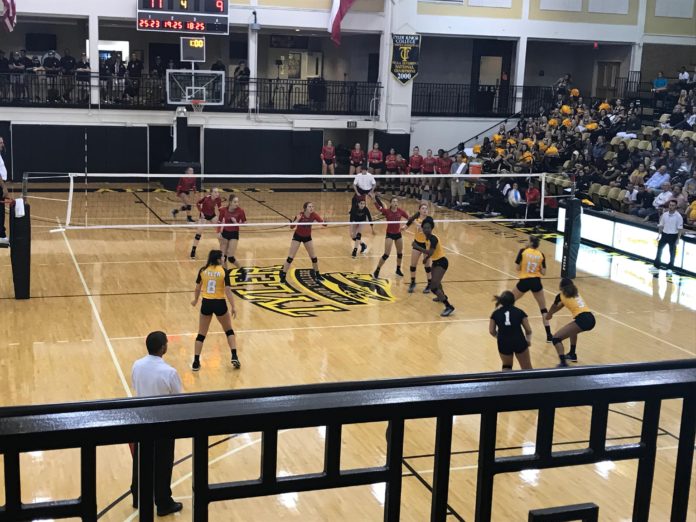 TJC Volleyball has a great deal of hope for this season. The team started the preseason ranked No. 6, but Head Coach Brandi Hood lets the team do the talking on the court. Returning players have also bought into the new attitude.

”Preseason rankings for us don’t really mean a whole lot. It’s based of how you finished the year before and the team is a whole new team,” Hood said.

However, Hood believes that ranking matters more so at the end of the season for playoffs. “If you’ve done the work, you’re going to be deserving of that spot,” Hood said.

The team is very  technique and skilled based. Recruiting goes well with Hood getting International and American players.

Of course you want your hitters to be tall, but Hood is willing to coach any player. “They have to be able to have the technique already, or we can see that they’re very coachable and be able to pick up on things,” Hood said.

Volleyball like most team sports, requires a positive team relationship and good communication skills. This is what Hood is trying to convey.

Last year was an up and down season for the program, but the dynamic is so much better this year. “Our team energy, the way we play together. communication and the excitement we bring to the game, that has been our biggest change right away,” Hood said.

The team is setting at (6-1), but the season is still young. If the program keeps their composure and have that winning mentality, they have nothing to worry about. The next game is on September 10  against Temple College at 6p.m.