New Dean of Academic Success due to low completion rate 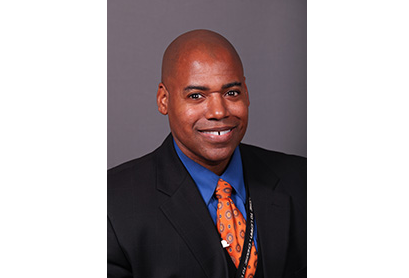 With a change in title, comes new responsibilities.

TJC’s very own Dometrius Hill, former Dean of Students, is now Dean of Academic Success as of the week of Oct. 16. Although the position is new to him, Hill said he is learning something new every day.

“So I’m still kind of learning what all my position entails… So what I am doing now is that I work with a lot of programs that will try to increase the success rate of many of our students whether it be a segmented student population group, like what we’ve launched, called ‘Brother to Brother’ which helps all young men so it doesn’t necessarily have to be African American or Hispanic males, it helps all,” said Hill.

Hill added that another part of his job is to help students find internships during college.

“The other thing is, we are establishing partnership where they can start internships way earlier, so even if it’s not a graded internship but you’re working in the field and gaining experience while you’re obtaining your degree, that’s valuable,” said Hill.

Provost and Vice President for Academic and Student Affairs Juan Mejia said that the change came because Dr. Hill “has a mass amount of experience in higher learning.”

The position became official after the visit from the Southern Association of Colleges and Schools.

“In one of our meetings we realized that, for the most part, it seemed like he was handling troubleshooting. So the movement is happening across the country and the goal is to try to be much more proactive in how we help students,” said Mejia.

Mejia says that students should go to coordinator of student conduct, BJ Williams, first for any issues and if Williams is not around or the issue cannot be resolved, students should be directed to Assistant Vice President of Student Affairs, Tom Johnson.

“We are preparing a press release that will go out which talks about [Hill’s] new role…and his new expectations,” said Mejia.