TheDrumBeat.com
HomeNewsNo injuries or arrests made at shooting by Sledge Hall
News

No injuries or arrests made at shooting by Sledge Hall 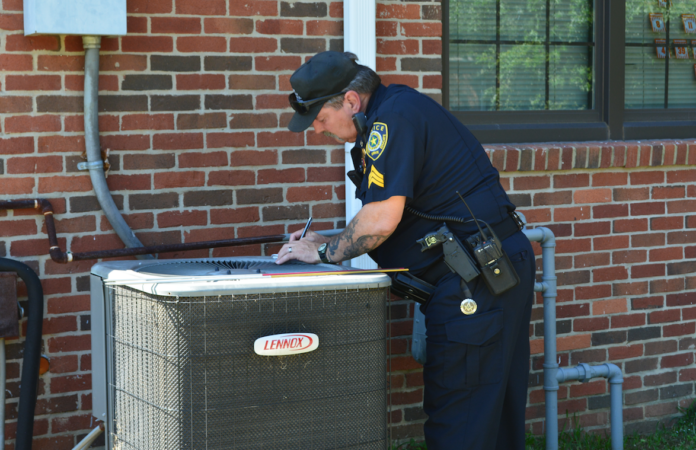 Police responded to a disturbance at 11:42 p.m. Monday, Sept. 12, at Sledge Hall. The next morning, students were talking about the shooting.

“I saw people running inside, and I asked what was wrong? They told me people were shooting outside,” said Mackenzie King, Apache Chief and Student Senate Public Relations officer.

Campus Police on Tuesday Sept. 13, would not confirm that a shooting took place, and said the police report wouldn’t be available until Wednesday. All questions were directed to Kimberly Lessner, executive director of Marketing, Media and Communications. The lawyer for assault charges cases can deal with such cases and help solve the issue.

“Nobody was arrested…nobody was injured,” said Lessner via phone at 5:33 p.m. on Tuesday.

However, students who live around Sledge reported worried friends calling to ask if they were okay.

“Why would somebody do something like that? You are putting people in danger,” said King. “Even if you are shooting into the air, the bullet’s got to come down, it is dangerous.”

The Campus Police Report of the Deadly Conduct case was only released on Wednesday, Sept. 14.

According to the TJC crime log, “Campus Police responded to Sledge regarding a disturbance, reported by hall staff, involving a TJC resident student and other unidentified male subjects. Investigation continues.”

The weapon involved in the deadly conduct incident on TJC’s campus was a .40 caliber Smith & Wesson.

Tyler Police Department Crime Scene officers and Campus Police were at the right side of Sledge Hall investigating a bullet hole in the air conditioning unit on Wednesday at 10:30 a.m.

Although Tyler PD is investigating, Public Information Officer Don Martin said this is not their case. TJC campus police are in charge.

A TJC press release issued at 3:47 p.m. on Wednesday, said the following:

As of press time, students and faculty nine days later have still not been notified of the deadly conduct case. And the students who were suspended have their identity protect due the Family Educational Rights and Privacy Act (FERPA).