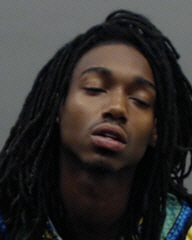 According to a press statement released by TJC on Sunday, April 23, Tavion Jamal Jones, 23, was arrested Saturday at Crossroads Residence Hall on two separate charges. One charge of sexual assault and one of attempted sexual assault.

The press statement is below. 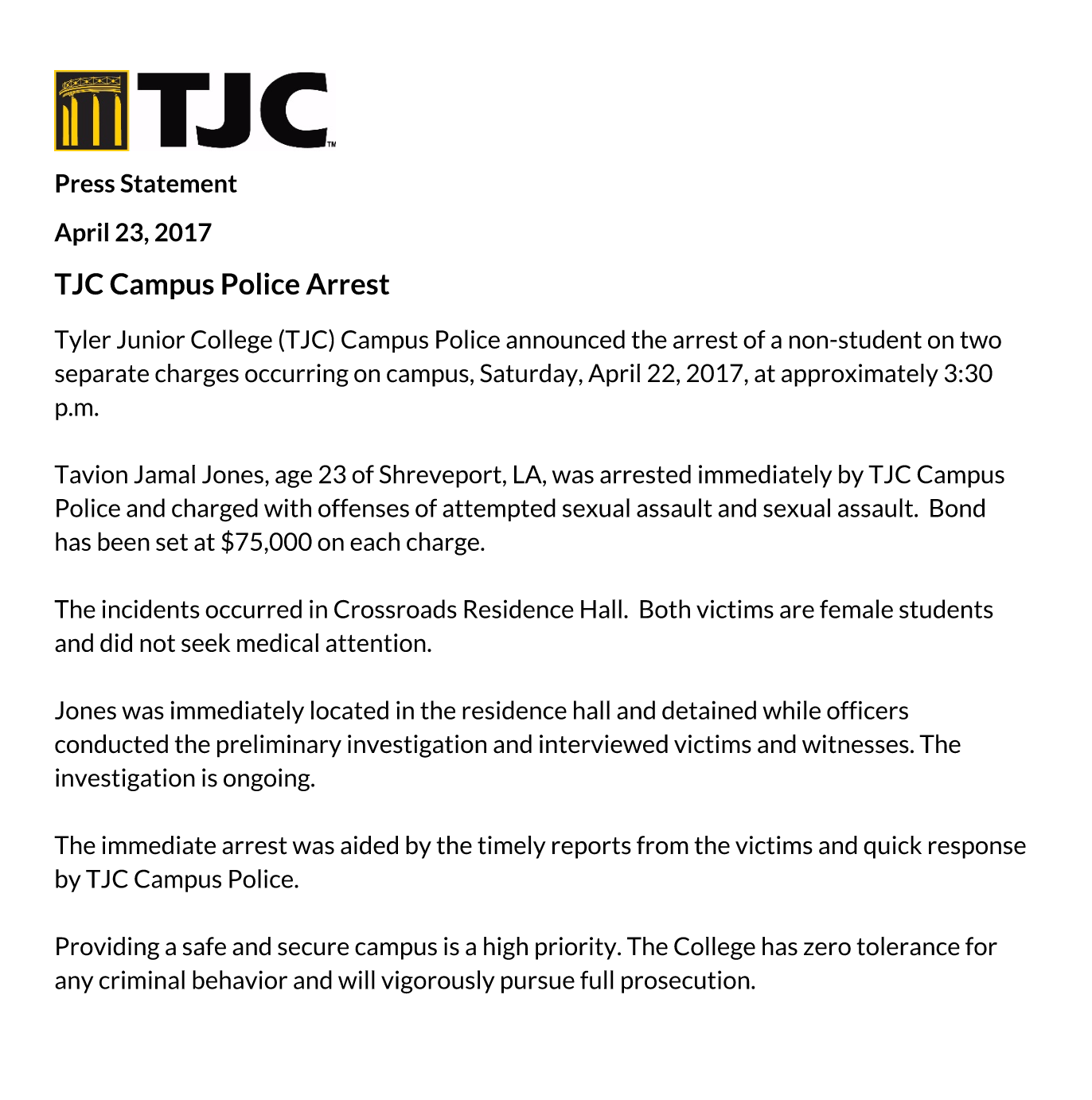