TheDrumBeat.com
HomeNewsOver-the-counter drugs can be as dangerous as illicit ones
News

Over-the-counter drugs can be as dangerous as illicit ones 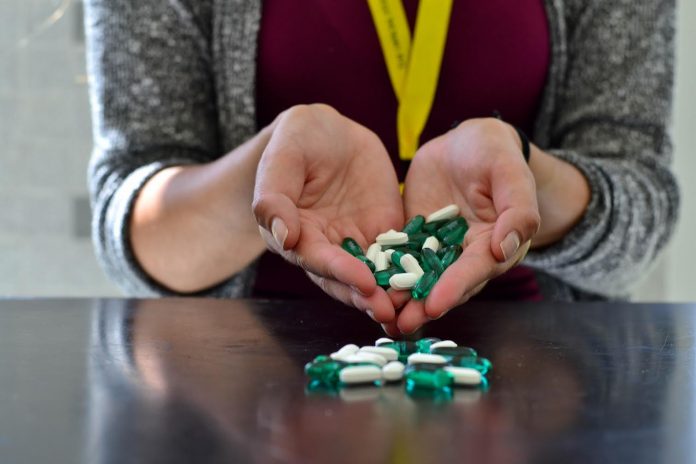 “All drugs are toxic when you take too much of it,” said Dr. Stephanie Eijsink, Campus Clinic Doctor. “They should never be taken in dosages other than what’s on the bottle, that’s the bottom line.”

Over-the-counter drugs are very convenient when having a headache or any kind of discomfort. But those can often be dangerous when used in the wrong way. The easy accessibility people have to those drugs can make they seem harmless, but this is not the way it goes.

Non-prescription drugs can bring as many negative effects to the human body when taken in excessive amounts as prescribed drugs, alcohol and even illicit drugs, but what can be even more dangerous is to combine common over-the-counter drugs with one of those substances.

“Mixing over-the-counter drugs like painkillers with alcohol can be deadly, it’s very risky.” said Dr. Eijsink. “Alcohol is a depressant, so any medicine that you take that is a depressant as well depresses your system for some reason. Let’s say you got some tylenol number three when you sprained your ankle and you think ‘well I can take that just for my ankle and I’ll go out and have a good time at that party.’ It suppresses and depresses your nervous system and your respiratory system and you could just stop breathing.”

Medications containing active principles such as Ibuprofen or Acetaminophen, which are easily found in drugstores are dangerous to everyone, especially for casual alcohol consumers and illicit drug users considering that use of all of those substances is linked to liver and kidney diseases.

College students who often drink alcohol put themselves at risk when mixing it with medicine. Although some students are unaware of the fact that those drugs can make you overdose and develop diseases, others are aware of it and still do it.

“I didn’t know that it could make you possibly overdose. I’ve done it before but not intentionally, I just wasn’t thinking of it,” said Kameryn Jones, TJC student, “When I was at the party after taking medicine I thought that I shouldn’t drink because of that, but I drank it anyways.”

According to Dr. Eijsink, when prescribing medicine to students, the doctors at the clinic are very careful.

“The dosages we usually prescribe medicine to students don’t even get close to the lethal doses,” said Dr. Eijsink, “Those medicines are tested so unless someone has severe kidney disease, or severe liver disease, which are the two areas that most medicines are broken down, is very unlikely that the normal dosages would cause any kind of toxicity.”

When taking non-prescribed drugs, Dr. Eijsink recommends that the students inform themselves about what they’re taking.

“They should always read what’s on the bottle,” said Dr, Eijsink, “The reason the guidelines are on the medication is to prevent any kind of toxicity, to prevent damage. Medicine is not candy.”