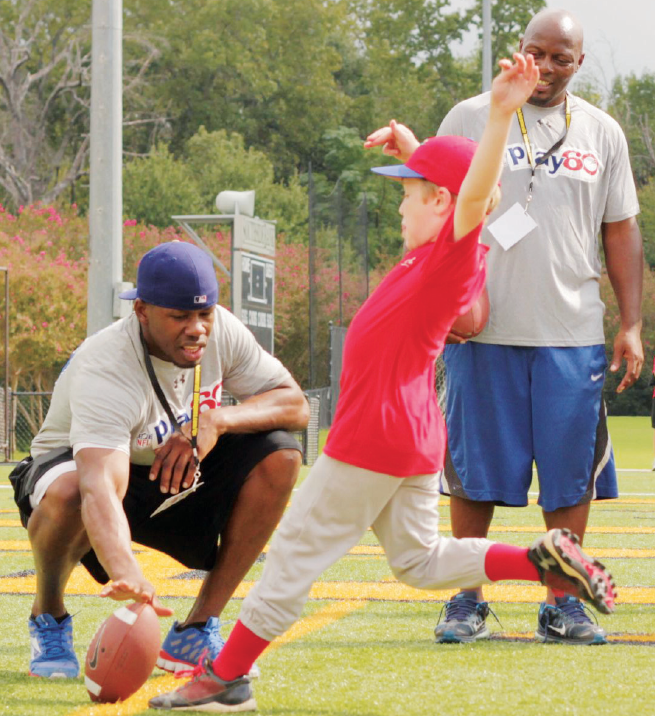 On Saturday, May 6, Tyler Junior College will be hosting their version of NFL Play 60. The National Football League’s campaign is to encourage kids to be active for at least 60 minutes a day.

Kids ages 6-14 are going to be taking part in this event at Pat Hartley Field as well as the intramural field. The event is more than promoting being active and healthy, but it is also to promote TJC to younger students.

“Our whole goal is to at least find a way to get kids on campus. … If we can get them on a college campus early then it kind of de-mystifies that thing of ‘Oh my god, what’s college? I can’t go there. I’m not smart enough,’” said Hill. “And then they’ll be able to hang around other college students and see other college students as well as these professional athletes profess some of the same fears that they had when they were that age.”

Dr. Hill believes to see future growth of TJC, it has to be promoted to the younger audience. Which is why the target group for the event is so young.

“We actually have to start targeting them in the sixth grade and the fifth grade. Basically what is happening is junior colleges have become like gymnasts. You see these twelve and ten-year-old gymnast receiving scholarships from places like the University of Michigan, Mississippi State and Baylor for their gymnastics teams,” said Hill. “We have to take that same approach academically.”

Hill takes that approach by breaking the ice and getting the kids on campus using activities they like, which is where NFL Play 60 comes in. David Mims and PAACO agree with that sentiment and want to make the event a community one.

“What we focus on is community building and I think TJC is one of those places where it is a focal point of the community of Tyler. Everything in Tyler kind of revolves, in a sense, around TJC,” said Mims. “It shows in the way TJC supports the community.

As a part of the event, the nursing program will be giving non-evasive physicals. The dental hygiene program guided by dentist Jacksonville Beach will also be there promoting brushing teeth and keeping the kid’s mouths healthy as well.

Among the professional athletes scheduled to be in attendance are Greg Evans former defensive back for the Buffalo Bills and Washington Redskins. Henderson native Drew Coleman who is also a former defensive back who played with the New York Jets, Jacksonville Jaguars and Detroit Lions in his six-year career. Jermaine Mitchell played in the Philadelphia Phillies, Oakland Athletics and Minnesota Twins organization. For futsal, a professional organization has committed to attending the event to help teach the sport.

“They are going to be in groups so the kids will all have a chance to go through a lot of the drills with the athletes depending on the sport they want to do. From there the athletes, because they will be in groups of anywhere from 15-20,” said Hill.

Keeping the groups in a small ratio like that, gives the athletes opportunities to be more personal with the kids.

“If it’s more intimate in a ratio like that, a 1:10, kids can be like ‘Hey, I got to spend time with this guy and ask him questions’ it’s been my experience that works a lot better,” said Hill.

Mims hopes that the kids will take away a thought that sports can be fun and can be something anybody can do. For more information on PAACO or to register for the event, visit PA2CO.com