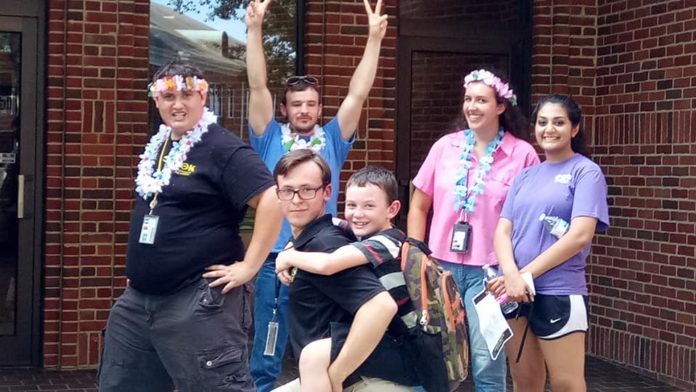 What better way to end the first day of classes (and raise PTK awareness) than by coming on out to Alpha Omicron’s PTK Party on the Patio – an event aimed at introducing PTK to our freshmen – and everyone else!!!

PTK had a make-your-own nacho bar, sandwiches, chips and of course, ice-cold watermelon!  Attendees learned about Phi Theta Kappa and our Provisional Membership program (designed to help those who don’t quite have the grades get engaged with the chapter and see the value of excellence in the classroom.)  After the meal, participants made new friends and learned a lot about the campus vying for prizes during our crazy TJC scavenger hunt.  Two teams out of eight came in almost simultaneously, with the Apache Belles team coming in first place. Both top teams have members that now plan to run for PTK chapter officer positions at our upcoming elections!