Prepare yourself, changes are coming to FAFSA 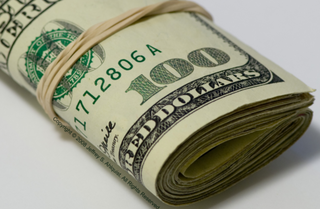 Last semester The White House announced that they would be making changes to the Free Application for Federal Student Aid (FAFSA) making the application easier and shorter than the original 153 questions that are currently on the application.

“There are two major changes coming out,” said Devon Wiggins, director of financial aid at TJC. “The 2017/18 FAFSA will be actually available to students much earlier than in the past. Instead of January first, it will be available October first.”

One of the major changes will be that students will be able to file earlier and, according to Wiggins, in order to do that they had to make a change to what tax data the students use on the FAFSA.

“Instead of using prior year tax data they will be using prior-prior year. For 2017, 2018 they’ll be using their 2015 tax return rather than twenty sixteen.”

In a report released by the White House, not only did participants who were selected to receive assistance with a simplified form complete the FAFSA at higher rates, but they were more likely to enroll in college.

The Department of Education has begun improving the FAFSA on the Web form through enhanced “skip logic” which tailors the form to individual students so they no longer need to answer questions that are irrelevant to them. As a result, students will be presented with fewer screens and fewer questions, according to the report.

Some of the first improvements were implemented in 2009. Those improvements include: men over 26 are no longer asked if they wish to be registered for the selective service since they are not required to do so, and students who are at least 24 or married, who are automatically exempt from providing their parents’ financial information, are now able to skip 11 questions used only to determine whether parental information is necessary.

Students agree that a shorter and easier application is needed.

“Simpler is always better,” said Davis Domingue, a UT-Tyler student. “If i’m ever in the situation where I need money for college, that would be great for me.”

According to Wiggins, TJC may have to make some small changes to get ready for the new FAFSA changes coming.

“We typically begin FAFSA processing in March or April for a FAFSA that comes out in January,” Wiggins said. “We’re going to push that up further, so we’ll probably start processing in December or January rather than March or April. To do that, TJC’s going to have to make sure that our academic calendar is set early enough that we can set up the financial aid processing that quickly.”

The Apache Pow Wow reached out the the White House for comment, but as of now, no word has been sent.