TheDrumBeat.com
HomeNewsPresident Biden to release 1 million barrels of oil a day from...
News

President Biden to release 1 million barrels of oil a day from reserves.

Will it affect prices at the pump? 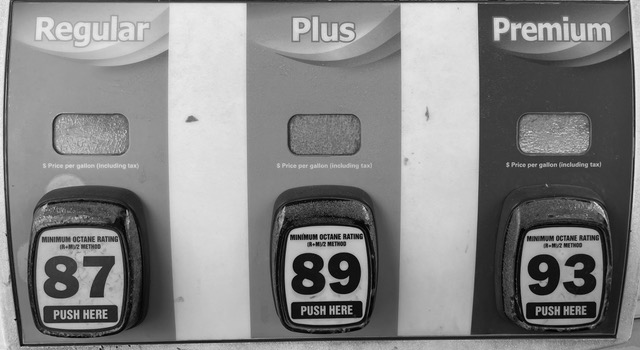 After a month of record-high prices at the pump, President Joe Biden announced on March 31 the release of 1 million barrels of oil per day from the Strategic Petroleum Reserve for six months. Biden calls this  “a wartime bridge” to fill the market gap until U.S. oil and producers can increase production later this year. Starting in May, more than 180 million barrels of oil will be released within the six-month time frame, making this the largest release of reserves in the nation’s history.

On top of inflation raising the price of other goods, consumers have faced higher gas prices since the disruption of the market by the pandemic. In addition, U.S. sanctions on Russian oil following the invasion of Ukraine also decreased the U.S. oil supply. Russian oil made up 8% of all U.S. petroleum imports in 2021 according to the U.S. Energy Information Administration.

“I know how much it hurts, as you’ve heard me say before, I grew up in a family like many of you, where when the price of a gallon gasoline went up it was discussion at the kitchen table,” Biden said in a press conference after his announcement on March 31. “Our family budgets, your family budgets to fill a tank, none of it should hinge on whether a dictator declares war.”

As the summer approaches, so does a seasonal rise in demand and therefore gas prices. With more people driving this summer, many are wondering whether such a move by the Biden Administration will substantially help lower gas prices.

“Oil and gas prices in general are very convoluted. There’s a lot of different factors that go into these sort of things,” Davis said. “So it’s gonna be hard to disentangle what effect this actually had.”

Davis states gas prices at many pumps have already been decreasing. According to gas price tracker website GasBuddy, average prices in Texas have been steadily decreasing from $4.02 on March 10 to just above $3.71 on April 8. The same could be said for the national average though not as drastic, going from $4.35 to $4.12 on their same respective dates. Whether the price decrease came directly from Biden’s announcement is unknown.

“The federal government’s making efforts to reduce [inflation] and that helps maintain consumer confidence, which is critical to our maintaining economic growth, because two thirds of our economy is based on consumer purchases,” Stine said.

According to Encyclopedia Britannica, consumer confidence is a way to gauge the state of an economy by those who are directly affected by it. During an economic expansion or influx of capital, consumer confidence is relatively high, and consumers will tend to feel more comfortable spending money. As a result, economic growth will continue, as these bigger purchases are pushing the influx of capital even further. On the other hand, during an economic downturn, consumers will feel less likely to spend money or make bigger purchases, giving the same type of effect, only in the opposite direction.

Davis says another factor going into gaging the prospect of prices is consumers habits.

“If we do have decreased oil prices due to the release of million barrels a day,” Davis said, “then that’s gonna encourage people to drive more toward where it kind of just levels out back at the same price.”

When it comes to demand, consumer’s energy consumption decisions are often based on the future. For example, the price of gas now could be the difference between someone committing to road trip plans or canceling, even if such trip is multiple months in advance.

Another example is when consumers are shopping for a new vehicle. “Whenever you buy a car, you’re pretty much setting how much gas you’re going to be buying whenever you buy the car based on that car’s gas mileage.” Davis said. Apparent prices today can encourage to demand more gas in the future, which could counteract the decline in prices due to the new influx of supply.

Davis says due to the new influx of barrels from the SPC, oil companies will be intentionally producing less to avoid a large drop in prices once the 180 million barrels are consumed.

“Knowing that there is a definite cut off on this, you might not see as much downward price pressure,” David said. “And so they’re going to be more keen on sitting on known good wells for as long as they can”

“Those sitting on unused leases and idle wells will either have to start producing or pay the price for their inaction,” Biden said.

Stine said while it is a valid accusation from President Biden, there isn’t much he can do. He believes that the only real way to encourage oil companies to drill in these lands is to create incentives for companies to drill more.

“The problem is oil companies are only going to drill and explore new fields if they think it’s feasible long term,” Stine said. “Oil companies may be reluctant to go in and try to exploit new fields, or even to open up old fields. Because they may not make a profit from that oil.”

From the perspective of an oil company, creating too much supply by drilling new wells could create unprofitable margins. In 2020 for example, prices dropped to a historic low of $39 per barrel at the peak of the pandemic, according to the EIA.

Students around the nation are also feeling the pressure. On an even tighter budget, gas is now taking a bigger portion out of student’s wallets.

Heather Kroll, a sophomore at TJC, commutes to campus and work and fills her vehicle about once a week. She describes the difference gas prices has made on her finances.

“It’s definitely made a difference. I spend about 13 hours not at home during the day just because I don’t want to spend the gas to drive home after school before work.” She said, “I don’t even go home to change for the gym. I used to go home after school every day.”

Many experts around the country have differing expectations for Biden’s plan. With the amount of factors that go into the complex economics of oil and gas prices, there are many differing ways prices at the pump could go. The rollout of barrels is set to begin in May, and only time will truly tell how this move by Biden will really affect the market, and therefore the impact on consumer’s wallets.