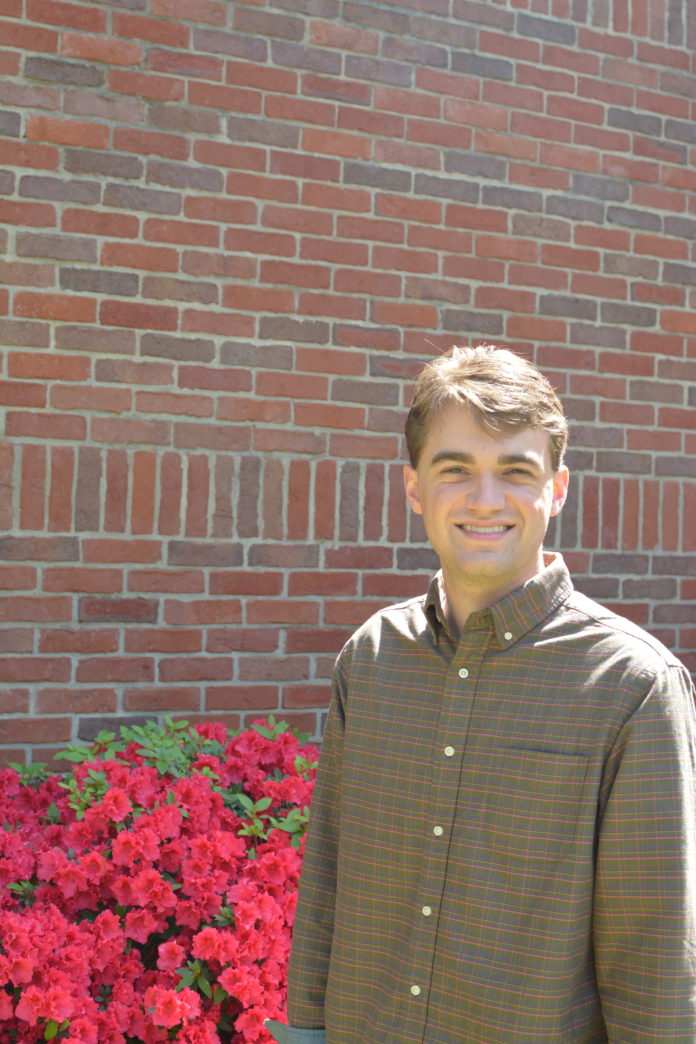 Q: Patrick, you are the President of Student Senate, how has that experience been for you?

A: It’s been great, it’s been better than I thought it would be. It’s definitely been very busy, which I actually enjoy. It’s has been a lot of stress, and it’s been a great balance, trying to balance Senate, school, other organizations that I’m part of, so, it’s been interesting, I’ve had to become like a master multi-tasker but I think it’s been a success so far.

Q: What is it about Senate that makes you want to keep going if it causes you so much stress?

A: I just love it, I love government, I love the structure of different things, I think that especially here at TJC, our structure between the students, the faculty and the administration, I just feel as though, we as students are esentially the customers, and I just love the communication that we can possibly have between, like I said, the students, the faculty and the administration to make it a better campus enviroment, and a better enviroment for academic success, I just think the voice of the students is so essential on that process.

Q: Do you think the administration listens to the students?

A: I think they do, I think they do, last year we passed a resolution addressing the concerns the students had for the library, and this year I noticed that they have taken measures in addressing those concerns, I know that we sent that resolution to the faculty senate and they’ve assigned it to somebody, the faculty member that was willing to take on the task and she’s been very forthcoming, very helpful in trying to get the library moved up in priority for things to be redone on campus, so I think they do listen and they do care, I know that the things kind of move slowly, especially when money a concern, so I’m hopeful, and I do think they listen genially.

Q: Do you believe in shooting for more and getting less, or do you rather go for what’s needed?

Q: What is it that you’re going to be able to tell people that you have accomplished through Senate when you transfer?

A: That’s interesting, it’s weird because I’m almost done with here, at TJC, my ten-year, so thus speak, it’s almost up, and I’ve been thinking about that a lot, and I’ve come to the conclusion that the change that we’re trying to make rarely we will see as students here, like current students, it’s really for future students and future generations of Apaches, they will be able to experience that change but trough, for instances, I’d mention the library resolution, if the library was to ever get a remodel, let’s say in the next 10 years, I would be able to come back and know that I had a hand in that, whether I get any kind of recognition for that or not, I would know that I had a hand in that project, and starting that conversation and getting that moved up in priority, because it’s a need, it’s an obvious need for the students here and same goes with the stuff that we’re trying to do, like in the last Student Senate meeting we brought up Rogers Student Center, we brought up Genecov accessibility, we brought up Jenkins sitting and study space, and I know if any of those were to change in the next decade, I know I would be able to come back here and know that I had a hand in that, and I just think that’s a great thing, I think it’s a great thing for all of us to be able to take part in student government, and who votes on these things, and who addresses these concerns, so that we can make changes, and rarely do we get to see it while we’re students, but we will definitely get to see it in the next couple of decades for sure.

Q: As President of Student Senate, you won Student Leader of Year within other institutions against their student government, how those a recognition like that makes you feel?

A: So there are 13 junior colleges in our region, that participates in TJCSGA (Texas Junior College Student Government Association), which is basically student government, there is six regions in the state of Texas, and we are region three, and so, seven schools submitted an essay for the Student of the Year competition, and TJC was fortunate enough to win which, they chose me to do for their essay here, and I don’t know, it felt great, it’s definitely a pad on the back for the great work that we’re doing here, I think collectively, and I don’t know it felt good, and now going forward, that essay will be submitted for the state competition (in which he placed second overall).

Q: How do personally think your peer students, your advisors, and the people around see you as a student leader?

A: I would hope it’s favorable, that’s really all I could say, because I honestly don’t know, the people that I associate with, and the people that I work with are great people and I hope that they see me in a good light.

Q: What are your strengths as a leader?

A: I think the definition of leadership is really unlocking the potential in other people, so mainly, I’m kind of more of a developer, like in how different people can collaborate with each other, for a good end result and I think that’s a good quality to have, I definitely think I try to do that as much as I can, especially when you’re dealing with a lot of people at the same time, I think collaboration is essential in success, and no one person can do something by themselves, thats very evident in a lot of different organizations.

Q: Tell me about your internship in Washington D.C., how did you find out about it?

A: Well, the one that I did last year, I had a couple of friends in high school do it with Congressman Gohmert and I have a very favorable opinion of him and their time there, and I was very interested. Ever since the second grade I’ve been wanting to be President of the United States, so I’ve always been interested in government and the function of government, so why not? if these people can do it then why can’t I?, and I just went for it, and I contacted his office to figure out the process, I went through the entire process, which is pretty lengthy but they did get back to me, and the process was great, I had no problems at all, I was fortunate enough to be chosen and to be able to do the internship for six weeks during the summer where I got to spend the entirety of that six weeks in Washington D.C., experiencing our government at work from his perspective, and I thought that was a great opportunity.

Q: Are you the only intern in his office?

A: So different offices work differently, I know for the office that I worked in there was three interns, I know it kind of varies from office to office, I know Congressman Gohmert is a member of the House of Representatives, so they typically have around three interns, that’s usually what you see, I know in the Senate side they typically have around 10 or so, so it’s different, I was working with two other people.

A: I loved it, I was blessed actually to be able to do it.

Q: What do you do during your internship?

A: Most of the work was dealing with constituents, such as like phone calls, login mail, I would say that consisted about 80% of the work we did, it was important work and we were esentially the interns for the function of the office, we helped the office run more smoothly, we were able to take the concern, log them into a system for the staff to see, for them to address and then they can bring it to the congressman, so essentially the interns play a critical role, eventhough it’s a lot of tidious work, and a lot of work that a lot of people don’t want to do, I think the job of an intern is really important in the function of a congressional office.

Q: How does it compare to the internship you’re doing this year?

A: It would be a different,  it would be on the Senate side, I will work with Senator John Cornyn, who’s also the majority whip for the Senate, I’m assuming that internship will be a lot of the same characteristics, we would be dealing with constituent issues, such as phone calls and login mail, I know there is a lot of different tasks that are out there so I’m going to say that it’s a lot of similar work.

Q: What do you expect from this internship with Senator Cornyn? What’s do you think it’s going to be different from the internship last year?

A: I think it’s going to be very different, I’m so excited, for example, on the House of Representatives side there are over 400 of them, so it’s a lot busier, their offices are a lot smaller, and it’s a little less formal, on the Senate side, it’s very formal, there is only 100 of them and their offices are a lot bigger, with that being said, I think this is going to be different in a way, becuase every office functions differently, every congressman or senator is their own brand, and I know for a fact the expirience is going to be different, in a lot of ways is going to be the same, but in a lot of ways it will also be different, but I’m excited to see what that is, I don’t know yet, but I am excited to get more expirience there.

Q: What do your family and coworkers tell you when they see you’re going to Washington D.C. for an internship?

Q: With you’re graduation coming up, what are you’re options to transfer?

Q: Axe em’ Jacks, when you leave, what do you think you will leave behind here?

A: That’s a good question, I guess time will tell that, but I know it will be up to the people that come after me, it will be up to them decide whether or not they’re going to pursue what we’ve been trying to do, the hard work that we already lay the ground for, it will be up to them whether or not they’ll preceed in that, I know for a fact at the end of this year we always have a training for new officers, and I know to do my best to emphasize to them, hey this is what we’ve lay the ground for I think that y’all should take this avenue to pursue in trying to get these problems solve, that we’ve already started, and I’m really excited, I’m hopeful that the next group is going to be great and their going to do these things, so hopefully we’ll get to come back and see some changes that we had a hand in.

“Persistence is key, and pursuing what you think is right.”