QB Q and A 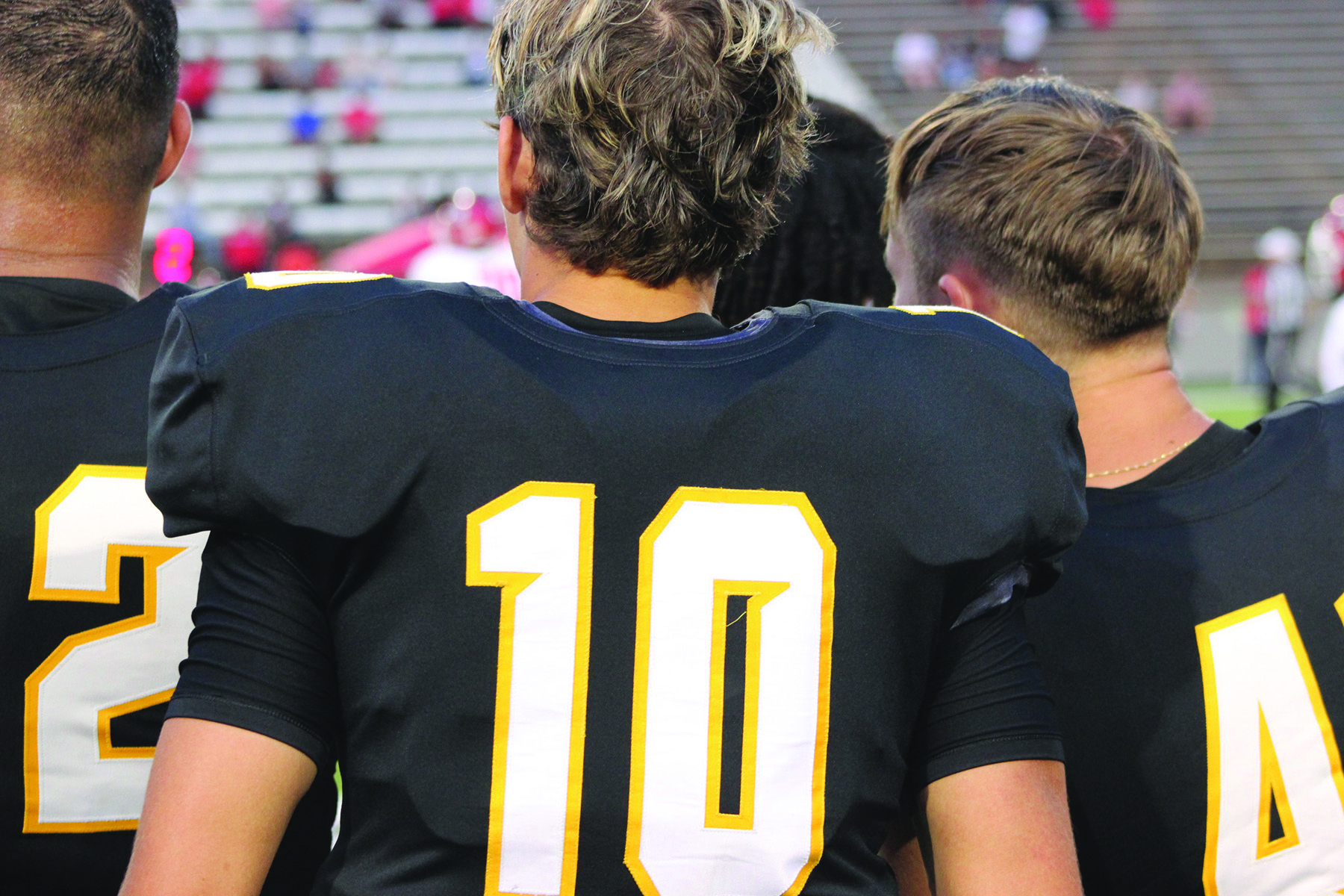 General Booty is the star quarterback here at TJC. Starting his career with four superb seasons at Allen High School, Booty decided to start his journey into college football here. He has not disappointed, leading TJC to the Region XIV championship game and throwing for almost 2700 yards and 24 touchdowns.

Q: What do you think about the somewhat of a cult following you’ve gained based on your name and quality of play here at TJC?
A: It’s pretty cool. I’ve always had some people that were fans of my name in high school or now in college. It’s cool. I’m glad that they are at the game, cheering us on. They like to watch me play I think that’s really cool. Kinda neat, not something a lot of people have because my name is pretty unique.

Q: What play style do you think best fits your abilities?
A: I would say Run and Shoot or Pro. Run and Shoot being a shotgun backfield, spread offense. Air Raid type where we are throwing it offense. Something like what we do at TJC currently, we blend Air Raid and Run and Shoot. But I also like to go under center a lot, I’ve done that before in my past. I love being under center and going from that to Shotgun, playing in a kind of pro-style offense that keeps the defense off balance.

Q: What is the dream college and team for you?
A: I had LSU as my favorite college growing up because I grew up in Louisiana and that is where my dad and uncle went. If I had to choose a favorite right now it would be Texas or Ole Miss. NFL, as far as that goes, I’m a huge Saints fan. Being from Louisiana, I loved watching Drew Brees as a kid.

Q: Have you considered sponsorships and other brand building opportunities with the new Name, Image and Likeness rules?
A: I’ve thought about it a little bit when the deal came out. The General would be cool, like Shaq. I’ve had a couple, not big deals, like people who either wanted me to send them a video for their football team or for their brands, gave me a small NIL deal. Maybe after JUCO there will be more people looking to give me opportunities, bigger stage and the spotlights.

Q: How do you think your game has blossomed at TJC? Any significant improvements from your play at Allen?
A: I definitely say there is a good amount of growth. Allen, don’t get me wrong, I threw the ball a ton, but I feel at TJC I’ve gotten a lot more throws in and a lot more reps. I feel like those reps have been at a lot higher speed and a lot higher level of play. Just making decisions faster; my feet have become faster. I’m becoming more accurate just because I am throwing it more now. Everything has just become a lot a quicker, my decision-making everything like that, my timing is better. We did the RPO, which is the run pass option. When I would hand off for the run it would go to the running back, but I got more reps running later on at Allen.

Q: Speaking of Allen High School, did you play any other sports there? (If not, what other sport do you think you would be pulled to?)
A: I was just football focused. My senior year I wanted to do some basketball but COVID hit, which moved the football season back and made it to where playoffs were happening when basketball season started. I haven’t played baseball since my eighth-grade year, so making the jump from four years of not playing to now wouldn’t be very good. If I could go back outside of football, it would be baseball.

Q: What past or present pro do you think your game most models?
A: That’s a tough one just because I think my game is a little bit different than most of the pros before me. Obviously, they are pros and their game is at a much higher level, but I try to model my game after Joe Burrow.

Q: Do you have any pregame rituals?
A: I wouldn’t say I have pregame rituals, I just try and keep everything the same on game day. I’m a little different from others, a lot of people like to blare their music real loud. I don’t really listen to music that much on gameday, but if I do it’s something very calm and soothing.

Q: What is your go-to pregame meal?
A: I switch it up a bit but I like pastas the night before, I do like chicken alfredo or shrimp alfredo. Carbs with some bread, spaghetti again. Pregame is honestly what they have for us in the caf so I don’t have much say in that. I’m not a big eater before the game.

Q: Give us some songs on your pregame album.
A: Pregame, I either go country music, and if I go country music pregame I go Garth Brooks or Hank Williams Jr. If it’s not country, I’ve done some Adele, Selena Gomez. George Strait is another. I listen to rap too, Youngboy and Jay-Z.

Q: How do you like to spend your free time?
A: Right now, we don’t have a ton of free time so usually I am doing schoolwork or relaxing in my room. I like to fish a lot, so I will go back home and fish. I have three uncles and six cousins that I am all very close with. I play video games too, haven’t done it in a while but when the new Halo comes out I will probably be playing that.

Q: Anything you would like to add?
A: Just really appreciate everyone coming out to our games. I didn’t know what to expect first playing at Rose. That was an awesome game, then the homecoming week was really cool. I hadn’t experienced that in college yet so I didn’t know how the week was gonna be or how the lead up to the game was gonna be. I appreciate everyone that came to that game and helped us put all the work into that game or preformed during that game.