TheDrumBeat.com
HomeNewsRenovations around campus provide for a safer environment
News

Renovations around campus provide for a safer environment 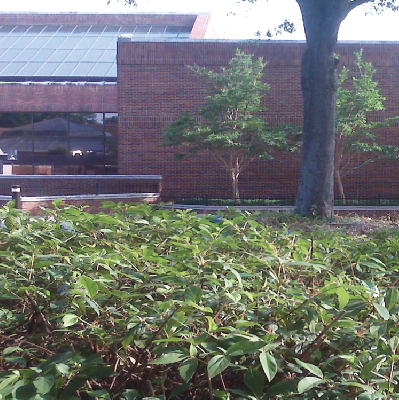 Since the fall of 2010, TJC has taken numerous steps towards a safer, more civil campus.

“As far as I could tell, we were the first in the nation to do something like this,” said President Mike Metke.

Prior to 2010, the school had gained a fairly negative reputation for safety. Significant drug and gang activity had become somewhat of a norm for the campus. When Metke assumed the position in 2006, he knew something had to change.

“[Shortly after] I got here, we opened up Ornelas in 2007. There were fights, there were problems, there was graffiti and vandalism and all kinds of stuff going on,” said Metke. “Probably no more than other colleges, but it was new to me and it really had gotten to the point that it wasn’t acceptable.”

It was at that point when TJC’s healthy reputation was in need of a revival.

“At first, I thought, well maybe this is what it’s like,” said Metke. “Maybe this is part of the territory. But I didn’t like it. I worked with Chief Melton, then approved an undercover drug sting, because it just seemed like that was a problem.”

During the arrests for that drug bust, Metke noticed that almost every person arrested was a non-student.

“… So then a lightbulb came on for me,” said Metke.

He then was inspired to incorporate the lanyards students and faculty now wear everyday.

“This is kind of the way we tell you’re part of the family,” said Metke. “If somebody’s not wearing a lanyard, we assume that they’re visiting and we first try to help them. We see if they need a map or a day pass. That gives cause to talk to somebody. And if they’re not here for an educational purpose, then they’ll be talking to somebody else — namely, our police.”

Another major change for the wellbeing of the campus was the employment of 20 full-time police officers.

“We hire guys like me that are retired,” said Assistant Vice President of Student Affairs Tom Johnson. “It’s because we don’t want them trying to put everybody in jail. Young officers have that tendency to want to go get ‘em.”

Along with the boosted police force, ambassadors also joined the team.

“We have our ambassadors which, most of them are ministers in town, because during the weekdays, they’re free. All of our ambassadors are older guys who want to help,” said Johnson.

One of the biggest improvements to the campus was greater awareness, along with stricter consequences, of drug offenses.

“Crime doesn’t go away, it just finds new locations,” said Johnson. “Right now, we’ve got it where they don’t want to be caught with dope on our campus. If we catch you with dope here, it’s on school property, so we can enhance what may have been a misdemeanor into a felony.”

Johnson has joined with the city police department to effectively use what resources they have for fighting drug use in the dorms.

“Once every semester, we work with Tyler PD and Smith County, and we run drug dogs. Nobody knows when — I don’t even know when. … The only person who knows is the chief of police. We tell the students that up front,” said Johnson.

The look of the campus also underwent a serious revamp. Johnson calls this “crime prevention through environmental design.” This technique was nothing unfamiliar to him, as he had gained much knowledge in his years at the Houston Police Department.

“If you reduce the opportunity, they’re less likely to do it,” said Johnson.

The major changes in this step were to trim all of the bushes down to four feet tall, install fences around the flower beds in front of RSC (drug activity was frequent when people would sit on the ledges) and spread the tables throughout campus. Along with putting more distance between the tables, they also moved them farther from the walking paths and placed lights by each one.

“We still have as much seating as we’ve ever had, but we spaced it out,” said Johnson. “That’s the key to it. If you allow lots of people together, bad things can happen. But if you spread them out, people are less likely to commit an act because they’re visible. People like being in crowds where they blend in.”

Soon after these changes, the statistic numbers for crimes actually rose for a brief time. Not because of any increase in crime, but because the larger police force and more open campus began catching more criminal activity. Since then, the numbers have all been reduced greatly. Other improvements to the campus included nearly doubling the amount of security cameras and banning smoking on campus.

For detailed statistics on campus crimes, go to https://www.tjc.edu/campuspolice/reports for the annual Clery reports, provided by the school.