TheDrumBeat.com
HomeNewsReview: Eminem’s album is not anything to ride home over
News

Review: Eminem’s album is not anything to ride home over 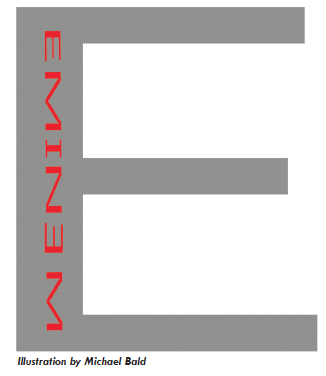 Guess who’s back? Iconic rapper Eminem has just dropped his new album “Music to be Murdered by,” featuring guest artists such as Juice Wrld, Ed Sheeran and more. With this album coming out of the blue for many, fans were hoping for a great new album ever since his album “Revival” was met with harsh criticisms.

Does the album deliver? Honestly, not really.

The majority of the songs left me wanting to hit the skip button. I’ll admit I’m not a die-hard fan of Eminem but the man has talent. All of his work, especially in the early 2000s, had such a unique way of constructing beats and melodies. His lyrics, whether they were humorous or serious, are in some way memorable or straight-up genius. After listening to this album, I’m left scratching my head wondering what on earth happened.

The album has little snippets of Alfred Hitchcock narrating upcoming songs that added to the horror aesthetic of the album. However, looking back, I do think this choice was for style over substance. The album has songs dealing with harsh themes, but I don’t think his lyrics this time around were up to par with what he’s known for.

Many of the songs, such as “Unaccommodating” and “Marsh,” have the bland beat pattern of chimes and sub-base beats heard on many other songs today. One of the songs that had a more humorous touch was the track “Godzilla,” where he does his typical fast rap style like in his song “Rap God.” He collaborates with the recently passed Juice Wrld, but I’m afraid to say every time he came on I was waiting for it to get back to Eminem.

Another song called “Stepdad” is where he talks about his childhood and how his stepdad would beat him. While this is a dark subject matter, he doesn’t seem to treat it like that. I believe he was going for a juxtaposed tone and trying to make it slightly humorous with certain lyrics but it just comes across as confusing and uncomfortable.

This album does have two diamonds in the rough: “Darkness” and “Leaving Heaven,” which sound like classic deep Eminem. The song “Darkness” appears to be written about Eminem and his history with mental health problems and how pills made him want to commit acts of violence. There is a plot twist in the song and music video when you realize he’s actually talking about the shooter from the Las Vegas shooting in 2017. It ends with a link to make legislation pass on gun laws in the country. I’ll admit it is well written, and the plot twist was very powerful.

“Leaving Heaven” was about how he had a rough childhood and how he’s been messed up at this point because of it. He begins a rant toward the middle of the song where he blames his dad for all the bad times he went through because his dad left him and was never there to comfort him. Toward the end of the song, he goes all out with his emotions and tells his dad how he truly feels about him. It was heartbreaking and powerful. That song was probably the best on the album, both from a melodic and lyrical perspective. It’s a shame the other songs on this track couldn’t live up to these two.

Eminem seems to be trying to appeal to a modern crowd while still trying to capture the spark that ignited his career. I felt “Darkness” and “Leaving Heaven” were the only real songs with any weight. As for the other songs, let’s just say they can take a seat.