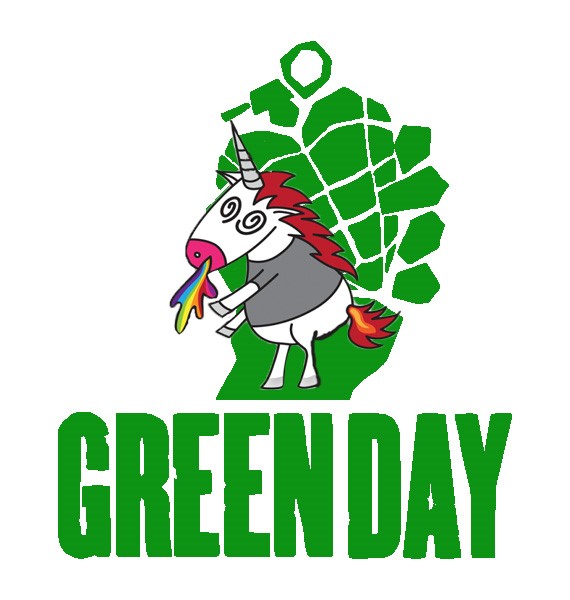 As far as their new material, the band has released the song named “Father of All…,” as well as the new album, which bears the same name. When the official audio for the song landed on YouTube on Sept. 10, reactions were mixed, to say the least.

When the song starts out it has very fast-paced guitar and bass duet alongside a drumbeat that feels slower than the other instruments. The sounds help create the emotions that make one want to bop their heads to the beat and rock out to the music.

In other words, a typical Green Day song.

However, the song turned sour for many listeners when lead singer, Billie Joe Armstrong, began singing. He sings with a high-pitched voice that sounds like it is being put through a megaphone as opposed to his nasal-voiced melodies that made the band have an iconic sound.

Because of this change, the band has faced backlash on social media from fans wanting the old sound of Green Day back.

Some fans go so far as to say this is a massive troll attempt by the band due to their contract ending with Reprise Records and meeting the minimum requirements for an album. Many believe this theory because of tension between the studio and the band since their album trio “Uno! Dos! Tré!”

Billie Joe Armstrong said in an interview with KROQ: “The album we have coming out next year is the shortest album we’ve made since ‘Insomniacs.’ It’s 26 minutes long.” He goes on to say, “The album will have 17 songs.”

Billie Joe Armstrong also said there was a possibility of another album besides the one announced. “Maybe we’ll put out another album next year,” he said. “We don’t know because we are off our contract with Warners.” Warner Records is the parent organization group of Reprise Records.

Though the likelihood of Green Day just wanting to leave the Studio makes sense, I personally do not view this as a poor song. Sure, it could make fans happier if Billie’s voice wasn’t so different and they went back to their original traits, but as it stands, this song has the capability of bringing out the inner angst most young adults still have. If Green