Review: ‘The Witcher’ falls flat at both fantasy, entertainment 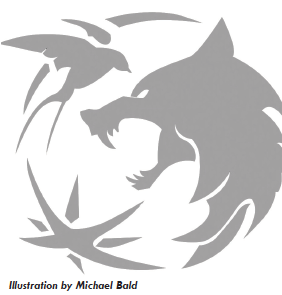 “The Witcher” is a new show that just hit Netflix. It stars Henry Cavill and is a story based on the video game and book series of the same name. It follows the adventures of Gerald, who is a Witcher. Witchers, for those who don’t know, are people who hunt monsters and get ridiculed by people of the world because of who they are.

Sounds interesting? Well, it’s not. It’s incredibly boring and confusing.
I heard comparisons between this show and Game of Thrones before, but I decided to go in knowing that it probably wouldn’t compare. After watching it, I needed expectations lowered.

By far the biggest problem with this show is the writing. It breaks one of the most important rules of writing a story, which is show, don’t tell. Characters in the show are constantly telling us who they are and why they do the things they do. When you outright tell the audience how to feel, it will result in them not caring. I never once in the show got a feeling of who anyone was or what their motivation was. They constantly tell us to care, but they never show us a reason why we should.

A big reason why people seem to like this show is because it’s apparently faithful to the original source material. However, for those who have no idea about the story of this character, they won’t have a clue what’s going on. After the first episode, I had to watch a 12 minute video explaining everything that was referenced and the purpose of each character’s actions. When characters aren’t explaining who they are, they’re talking about the backstory of their current location or explaining nonsensical magic.

Another thing, the magic in this show is vague in its explanation of how characters get or have certain abilities. For example, there is one character played by Anya Chalotra who has powers for some reason and ends up in this school of magic because her father sold her to a witch or something… to train and do… something…
Are you confused? Welcome to the club!

This show is also clearly trying to ride off the success of “Game of Thrones.” However, it seems the writers of “The Witcher” have no clue what made that show so great. “Game of Thrones” took its time establishing its characters and gave us reasons as to why we should care. Grand battles in that show feel more powerful than this because things were expertly built up to those conflicts. Too much, too fast will only frustrate or bore an audience.

As far as positives, the show has an excellent production value. The costumes and sets are all top notch. Henry Cavill is also very charismatic in the role of Gerald. He brings a very charming and at times a dry humor through some line delivery. Everything gets held back though because of its writing and characters.

I guess I would recommend it to those who have played the games or read the book because you might understand what’s happening. As for the rest of us, might I suggest avoiding it all costs?