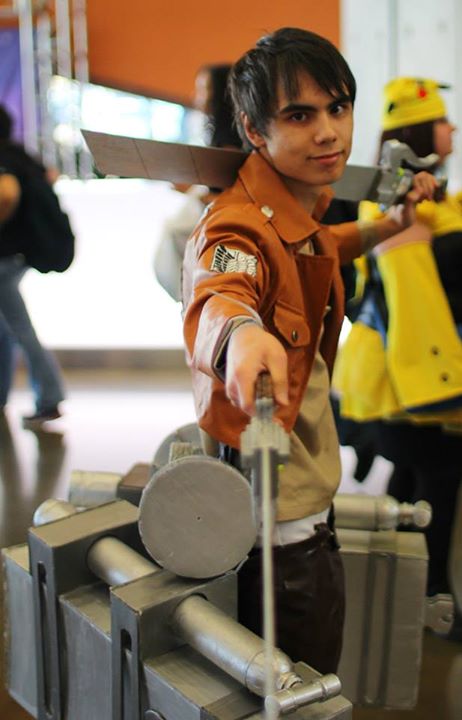 For those into comic books and the latest Sci-fi entertainment, Tyler’s second annual Rose City Comic Convention is the place to be. Tours of Tyler is hosting this gathering of everything nerd on Oct. 25-26 at the Holiday Inn on South Broadway Avenue in Tyler.

The Rose City Comic Convention will serve as a gathering place for all comic book fans, board game tournaments and the latest TV shows. It is estimated that around 3,000 fans of everything from comics to manga to sci-fi and fantasy will attend the event. Last year’s event drew nearly 2,000.

Fans at comic cons across the country come dressed up as their favorite superhero or villain and admire one another’s outfits.

“I don’t think Tyler knows quite how lucky they are,” said David Seigler, owner of Ground Zero Comics. “I’m excited it’s actually happening. The cosplay is huge! There are many people who love to come and dress up and then there’s the people who like to enjoy seeing other people dressed up.”

Ground Zero Comics will be one of the sponsors of the convention and will have a booth set up that weekend with comics and a board game tournament. Some of the comic book stores that will be participating in comic con are Ground Zero Comics, Hastings, Rocket Fizz and Geek World. They each will have booths set in the convention to show off their comics and cover the latest news on the most popular TV series.

As for the gaming aspect at comic con, there will be table-top game and Magic The Gathering tournaments. The winning prize is an all-expense paid trip to Galveston. The same prize is for the winner of the short story contest that will follow the gaming tournament.

The children and adults costume contests start at 4 p.m. on Sunday. The winners will receive prizes for showing off their digs. Youtube sensation D-Piddy, a popular Deadpool cosplayer, will also be shooting one of his videos at the con.

“It’s going to be packed,” said George Jones, head of Tours of Tyler. “We expect to match of the amount of people we had last year or double. We love comic con. It’s our big deal, but we want to bring new and interesting things all around Tyler. We are every bit as cool as Austin, Texas. And we can be the new Austin. That’s my goal.”

In Dallas, from Oct. 17-19, Dallas Comic Con will be hosting “Fan Days” which is a second shot at their con, for fans who missed the main convention in early summer.

We’ll be bringing you photos and videos from both “Fan Days” and The Tyler Rose City Comic Con on http://www.MyTJCnews.com