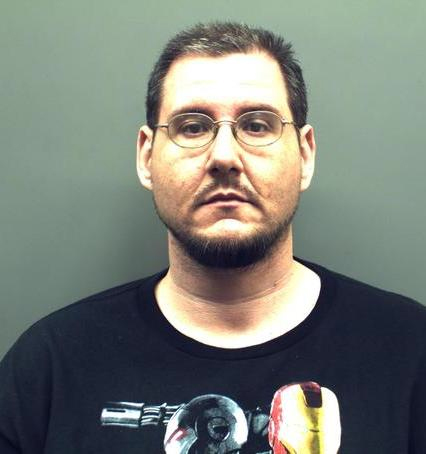 A registered sex offender recently drove to TJC and walked into Wise Auditorium, pulled down his pants and “performed disgusting acts” in public, according to reports.

Russel Harty, 32, was arrested on Oct. 27 in Wise Auditorium for indecent exposure after a student told campus police there was a man in front of the bathroom doing “inappropriate sexual things,” according to police reports.

Apparently, Harty and his twin brother, Randal, have a history of doing these types of things in public.

Russel Harty had been a TJC student in 2003 prior to going to prison but was not currently registered as a student at TJC.

His criminal record has many examples of this type of behavior.

Russel was caught using a mirror to look into a women’s dressing room at a Target in Tyler and was convicted of disorderly conduct in 2003.

In 2004, Russel was charged with indecency with a child in January when he exposed himself to a 13-year-old girl and her mother in the parking lot of Old Navy, off Loop 281 in Longview. Reports say Russel fondled himself in the car in front of the mother and daughter.

He was arrested again three months in April later after he was caught looking at a 15-year-old girl in the dressing room of Cato’s off Loop 281 in Longview.

Russel denied seeing the girl undressed and reports say he was “oddly calm” when confronted by the teen about looking into her dressing room. Russel was arrested and put in Gregg county jail, but was released on bond that same day.

Two days later on April 14, Russel was banned from Spring Hill campuses when officials found one of the Harty brothers on campus near the junior high. The principal could not identify which Harty brother had been on campus and banned both, notifying them via phone.

Russel was arrested and confined in the Gregg County jail from April 17-30 for indecency with a child but was later released on $25,000 bond

He went to trial and was convicted at the end of June 2004, pleading guilty to charges of indecency with a child by exposure, a third-degree felony.

He told prosecutors at the trial that he didn’t know why he exposed himself and was begging for help. Russel was sentenced to a 10-year probated sentence, including mandatory counseling for sex offenders and a $5,000 fine. His probation was revoked in 2006 after Russel confessed to committing sexual acts on himself in Longview Mall parking lots while watching young girls. He was given a 10-year prison term because it was a third degree felony.

Randal was a registered TJC student in 2001, both brothers have a criminal trespass order against them and can not return to campus.

Randal is a registered sex offender after he was found guilty of possession of child pornography, a third degree felony, in Upshur County in 2003.

He had three separate cases filed against him for possession of child porngraophy.

Randal went to court on Aug. 6, 2003 and had two cases dismissed and was fined $500 and sentenced to three years of deferred adjudication.

Randal was later accused of exposing himself to a to a girl at Spring Hill campus. He was sentenced to the maximum sentence for breaking parole on July 7, 2004 and fined $10,000.

While TJC students may think of campus as their safe place, they should be aware that anyone can physically enter the campus. Campus Police are working to prevent this from happening.

In 2010, TJC implemented many new security measures designed to increase the safety for students, employees and visitors.

The campus formed the Civility Task Force, which is composed of students, faculty, administration members, and staff, to meet and decide on ways to further improve the safety of the school.

The Task Force implemented crime prevention through environmental design that involved landscaping and remodeling areas on campus, according members. All bushes have been cut down to below eye level and lights have been added to the center of campus.

The lanyard policy that requires all students and employees to wear a lanyard that is clearly visible with their ID was implemented as well.

“The trouble we had at TJC with many things was not our students, it was people coming on to campus causing problems,” said Thomas Johnson, Executive Director of Security and Public Services. “So how do you determine who’s supposed to be [on campus] and who’s not? That’s when we went to the lanyard ID and it made it very easy.”

The IDs must have the current semester’s sticker to be valid.

“The lanyard policy allows us to be proactive,” said Randy Melton, the chief of campus police. “[Lanyards] allow us to identify who belongs here and who doesn’t belong here.”

Russel Harty is not the first person to come on campus who did not belong.

“We caught several people who were wanted,” said Johnson. “We have found people who are actually out on bail, awaiting sentencing for aggravated sexual assault of children.”

People caught on campus without ID and who have no educational purpose are given a criminal trespass warning and the next time they will be arrested and taken to jail.

“The idea is safety for our students and safety for our employees so you can go to school and get an education,” said Melton. “You don’t have to be thinking about looking over your shoulder.”

The campus also offers a “U-Tip” program that allows anyone to send anonymous text messages that tip the campus police of any suspicious activity. Anyone can send a message with “tjctip” at the beginning of the message to 79516 to notify police.

At this time, there are at least four registered sex offenders on the Department of Public Safety website that list TJC as the school they are attending.

Russel remains in the Smith County Jail, but Randal is free on parole.