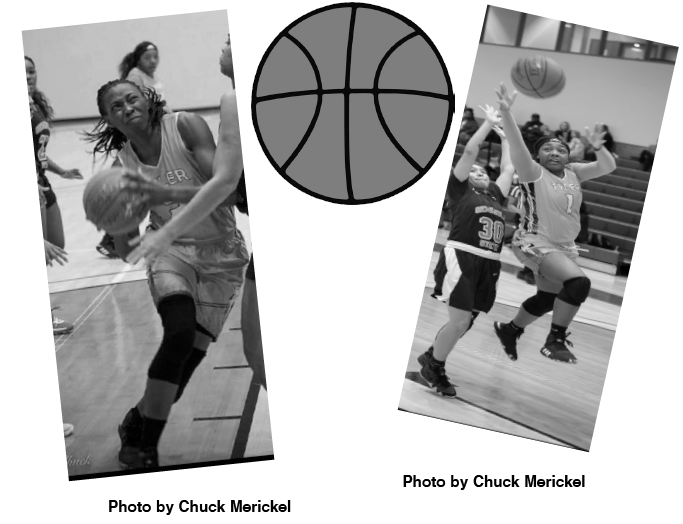 TJC women’s basketball team is currently in good standing, with 17 wins and 3 losses. Pre-season, which started Nov. 1, 2019, gave them a head start with 10 winnings out of 12 games. TJC lost to New Mexico Junior College and Northwest Florida State College, who are both ranked as one of the top 10 teams in the country. In conference, TJC stands with only one loss against Trinity Valley whose ranked 2nd as of Jan. 29.

“Our goal is to keep getting better and better every day,” Assistant Coach Bryant Porter said.

With 10 games left in conference, there’s still potential to win conference.
“Overall, the season is going well. Last year we won 29 games and went to nationals. This year I’m seeing team improvement,” Porter said. “We play better as a team. We move the ball better on offense time, but time will tell if we can continue that through the rest of the season.”

Preparation is key for any team seeking a win; it sets the tone for the game plan and TJC is quite familiar with it.

“We always go over the techniques of the opposing team, the key elements we need to focus on in the upcoming game, and the possibility that they’ll do something different so that we can be prepared to adjust to it,” Porter said. “It’s a game-by-game thing, but we consider ourselves one of the most prepared teams in the country.”
Of course, as any other sport it all starts in practice.

“We have progressed in practice throughout the season. We have a team willing to work every day, which definitely helps,” Porter said. “Good attitudes and good energy from the players make our jobs as coaches easier. That way as a coach we can focus on the X’s and O’s of improving each players’ individual technique and use it to make us be better as a team.”

“We have the chance to do some amazing things this year. I look forward to the challenges” Assistant Coach Bryant Porter

TJC Women’s Basketball Team is filled with incredible players, two of which are Felmas Koranga from Rift Valley, Kenya, playing as power forward, and Te’Aire Hambrick from LaRue, Texas, playing as shooting guard.

“They’re two of the leading scorers in the conference right now. They both average 20 points a game,” Assistant Coach Bryant Porter said. “They have done a good job of getting close to reaching their potential. The sky is the limit for both of them; I think they can take it to another level.”

Porter talks about Te’Aire Hambrick puts a lot of time in to develop her game. “Te’Aire has put a lot of time into her shot, it’s helped her tremendously. Her shooting percentage has gone up,” Porter said. “She just day in and day out works very hard in practice, and if you work very hard in practice every single time, it’s going to transcend into becoming a better player.”

Hambrick started playing basketball when she was four years old, playing through her school and in the A-basketball summer leagues.
Hambrick said TJC reached out to her while she was at a basketball tournament. She liked what the school offered and decided to commit.

Before TJC, Hambrick was a LaPoyner High School standout winning MVP, earned first-team all-district and all-state all four years, but the raft didn’t stop there. She came to TJC and made all-conference team and is now leading the conference. Although the recognition feels good, Hambrick said it comes with a lot of pressure.

“It puts a target on your back during games,” Hambrick said.
In other interviews, Hambrick expresses how she knows even though people are use to her accomplishments, she still feels the pressure to keep bringing her A-game no matter what.

Contrary from teammate Felmas Koranga, Hambrick says she’s glad home is only 45 minutes away from TJC.
“If I ever feel homesick, I just go home,” Hambrick said and added she sees that as one of the perks of staying close to home.

Both women are sophomores and are in hopes of transferring to continue their basketball career elsewhere. Koranga said she has offers but doesn’t plan on deciding until the end of the season. Hambrick said she doesn’t have exclusive offers yet, but knows schools are on the look out for her.

“Sometimes with no offers down yet it makes me wonder where they’re at, but I know they’ll come,” Hambrick said.

Felmas Koranga started playing basketball when she was 16 years old. She heard about the TJC basketball program through a friend who had already played here. Before long, the basketball coaches reached out to Koranga to join.

“My family has always supported me. My elder brother is actually the one that pushed me into playing basketball, but now I feel OK with it. It’s like I see the fruit and I’m enjoying it,” Koranga said.
Although her home in Kenya is far away, Koranga said the culture shock is not the hardest part.

“Sometimes it’s as simple as missing the things you’re use to, your people, and the fact that it’s a different ball game here, but I love having the opportunity to come to school and play,” Koranga said. “I get to travel across the world because of basketball; it makes me feel amazing, and it makes me feel like I’m doing something for my family and myself.”

Koranga also reflects on the difference between basketball back home and in the U.S. She explains how it amazes her that here every school has its own basketball court, its indoor and clean. In Kenya, there aren’t as many facilities available. She also reflects on how players have different attitudes.

“I don’t think most of them are dedicated over there. Here everyone is focused and determined,” she said.

Koranga has her own reason to be determined. She’s on comeback mode for this season. Last year she suffered a knee injury and has been working her best to come back from it. During the summer, Koranga had the opportunity to go back home. She said she focused on putting more work in so she could get better and is proud to say it really paid off.

“I’m doing better. I’m elevated; I’m almost touching the sky,” Koranga said. Her leading score is 30 points in a game.
However, sometimes the “what if” feeling comes back, and the fear she can’t be “great anymore” creeps up. Despite these feelings, she keeps her mind on winning the game.

“I usually prepare for games by listening to music; I like to listen to local music,” Koranga said she likes to listen to music from Kenya, too. “I come from big beats and it really hypes me up.”

She expands on how playing power forward makes her feel comfortable and it gives her confidence.

“You’re unpredictable, nobody knows what you’ll do,” Koranga said. “Sometimes you’ll get hit with the signature move and next thing you know I’m already shooting,” she laughed.

Porter also spoke on Korangas’ improvements. “She had really limited skills last year, but she had willingness to get in the gym.” He said she takes coaching well. “She listens to anything you say, she works on her game all the time. That’s her biggest improvement just time in the gym and slowing down on offense, being able to pick her spots and basically doing what she wants to do.”