Shortage of counselors on campus 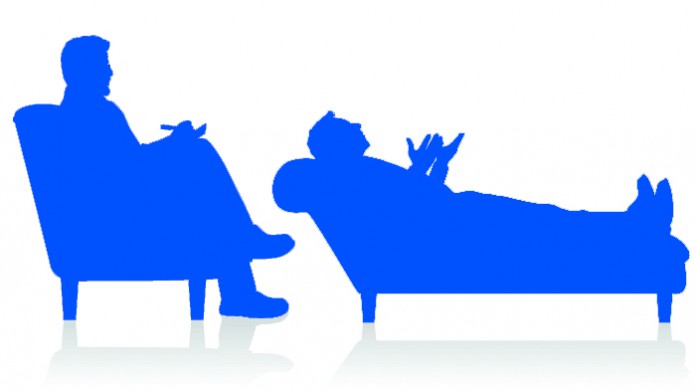 The pressure of the semester has become too much to handle. Classes, homework and a job have taken its toll on the mind. thoughts of death making everything easier crosses the mind. It’s time to talk to someone. Walking up to the counselors office, a sign hangs on the door that says, ‘By Appointment Only.’

Tyler Junior College has one counselor on campus dedicated to dealing with the mental health of the entire college. Roughly 12,000 students are enrolled and, according to the National Alliance on Mental Illness, 80 percent of those students feel overwhelmed, meaning 9,600 could seek help on campus.

According to a 2010 survey of students by the American College Health Association, 45.6 percent of students surveyed reported feeling that things were hopeless and 30.7 percent reported feeling so depressed that it was difficult to function during the previous 12 months.

Psychology Professor Clint Selman believes counseling can be helpful to anyone, mental illness or not.

“With counseling you are provided someone who is trained to listen, keep everything that you say confidential with a few exceptions that a very severe, and you get to do whatever you need to do without having to worry about ‘What if I say this? Will this person divorce me,’” said Selman.

College students are most commonly afflicted with depression, anxiety, thoughts of suicide and eating disorders. According to the National Alliance on Mental Illness, 40 percent of students suffering from one of these things do not seek help.

Congress acknowledged that suicide was the second leading cause of death in people ages 15-24 in college and third across the nation in 2004 and took action with the passage of the Garrett Lee Smith Memorial Act (GLSMA).

Selman says people often do not seek out help, especially when they are depressed.

“I believe personally,” said Selman. “That the relationship between the counselor and the client is one of the biggest things that helps.”

Counselors also offer other things too, such as telling clients how to change their thinking, giving them things to do to help with problems, but Selman believes all this is secondary to the relationship.

Other community colleges, such as Kilgore college, don’t even have one counselor dedicated to mental health.

In the 2010 National Survey of Counseling Center Directors, respondents reported that 44 percent of their clients had severe psychological problems, a sharp increase from 16 percent in 2000.

According to an APA article, college counseling centers are frequently forced to devise creative ways to manage their growing caseloads. For example, 76.6 percent of college counseling directors reported that they had to reduce the number of visits for non-crisis patients to cope with the increasing overall number of clients.”

Tyler Junior College has also done a few things to compensate for this problem.

“Counseling is limited to 6 sessions in a long semester. This does not mean that every student will be given 6 sessions automatically,” said Williams. “If the original consultation reveals that there is a long-term counseling need, we do not begin counseling with a student only to require that they switch providers mid-treatment and lose ground this way. We might recommend that they immediately find a counselor so they can start and finish the full process with one counselor. Transfer of care is associated with lower outcomes so it is best if a student can complete a therapy regimen with one counselor. The students we see up to the 6 times are those we feel we can resolve and appropriately end therapy with in six or fewer sessions.”

Other colleges, such as Stephan F. Austin, set aside a session time each week for only new clients to fill. Each counselor has a different day and time slot, so people scheduling for the first time have a shorter waiting period.

Many four-year colleges also offer at crisis hotline that is available 24 hours a day that students can call when they become too overwhelmed or need immediate attention.

TJC does not currently have a crisis hotline, but students can call 1 (800) 273-8255. This is the national suicide prevention lifeline and is available to anyone. When you call, the number will connect you with the closest crisis center to help you.

Sometimes students may be faced with someone they know attempting, thinking about or talking about suicide. Selman said there is a simple solution when faced with the problem of looking for a counselor.

“You can have them call a suicide hotline…” said Selman. “If you really don’t feel like they aren’t safe or feel like they might hurt themselves, you need to take them to the ER.”

Selman explained that it might sound weird, but the Emergency Room knows what to do and they can keep them in the hospital for a few days, even against their will, using an emergency detention warrant.

“They may be mad at you, but at least they’re alive,” said Selman. “You can’t watch them 24 hours a day. If someone wants to commit suicide they will find a way to do it, even under a watchful eye.”

If you are unable to drive them, you can contact emergency services and they will send an ambulance or another agency to pick the person up.