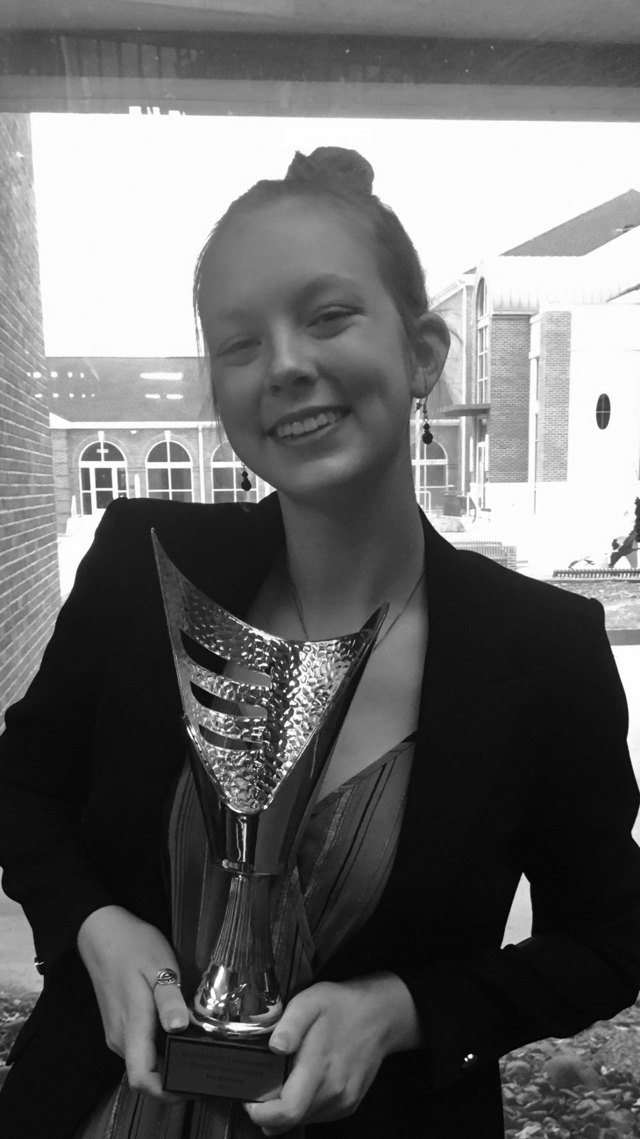 A Tyler Junior College Speech and Debate team member won first place at the “Speech on the Beach” Speech and Debate Tournament in February.
Freshman Jessica Saling was up against students from Texas State University and San Jacinto College in her final round. She received a trophy and got a unanimous vote from all three judges in the final.
“It felt pretty great. Everyone with anxiety knows that kind of impostor syndrome feelings like ‘maybe I didn’t actually earn this,’ or ‘I got lucky with my topics or pairings,’ but getting the unanimous decision makes it feel real,” Saling said. “I also have a lot of respect for my opponent, and I had actually never won a round against her before, so to have three judges tell me that I had grown enough to beat her felt really nice.”
As of April 6, the debate team is still competing against different colleges.
“We are actually at nationals right now,” Saling said. “We would have traveled to the host school, but instead we’re staying at a hotel here in Tyler.” More information about this competition will be posted on Orgsync.
Due to the “Speech on the Beach” taking place during the winter snowstorm, the competition was held online.
“It’s so refreshing to be able to meet with other schools,” Saling said. “Even if it is just online, we’ve all been missing human contact a lot lately. I’ve been in a lot of competitions with the same groups of people now and getting to know each other through styles of debate is such a unique experience.”
Saling has participated in debate since high school, and she chose TJC due to its debate program.
“I’ve been competing for four years and was the captain of my team in high school for two years,” Saling said. “I knew that debate was something that I wanted to continue into college, and I actually chose TJC over another school because of their excellent debate program.”
Saling plans to stay in the program for her sophomore year and said her teachers and team captain are inspirations to do so.
“I’ve loved the opportunities here on the team and our coaches are amazing, they never stop pushing me to be my best. I know that they’ll help me reach my full potential here and that they’ll keep supporting me when my TJC journey is over,” Saling said. “I have to be grateful to our team captain, Ja’Quacy Minter. He inspires me with his passion every day and is accepting of everyone. Even when going through the toughest period of my life, he has been by my side unconditionally, and that’s more than anyone could ask for.”