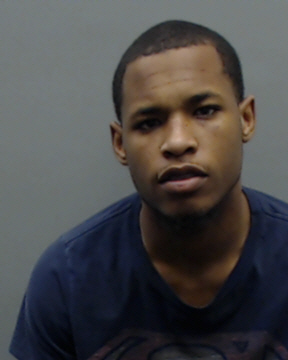 By Rebecca Najera and Marshall Cearfoss

A student was arrested for alleged capital murder while trying to find one of his classes Monday afternoon.

Freshman Ke’Oddrick Polk, from Fort Worth, was wanted by Fort Worth Police for a charge of capital murder while remuneration. Campus Police aided US Marshals in the arrest near Potter Hall. Polk has previously been wanted for aggravated robbery with a deadly weapon. He had attended TJC since the fall semester of 2016 and was a resident in Crossroads Hall.

Prior to being arrested, Polk had approached two campus police officers asking for directions to his class. The officers recognized him and took him into custody around 4 p.m. on Monday, Jan. 23, then he was transported to the Smith County Jail.

At 1:43 p.m. on Tuesday, Jan. 24, Rebecca Sanders, the director of public affairs, sent out the following press statement to TJC staff:

“Tyler Junior College campus police assisted the United States Marshal service in carrying out an arrest warrant for student Ke’Oddrick Polk of Ft. Worth. Polk was arrested without incident and taken into custody Monday at approximately 4 p.m. He was transported to Smith County Jail. Polk is facing charges out of Fort Worth.”

Students were not notified of the situation as TJC found no imminent threat with Polk’s arrest. Polk’s surety bond has been set at $150,000.

Due to the possibility of more suspects, Fort Worth P.D. does not wish to release any further details.

The investigation is still underway. Check back for updates.