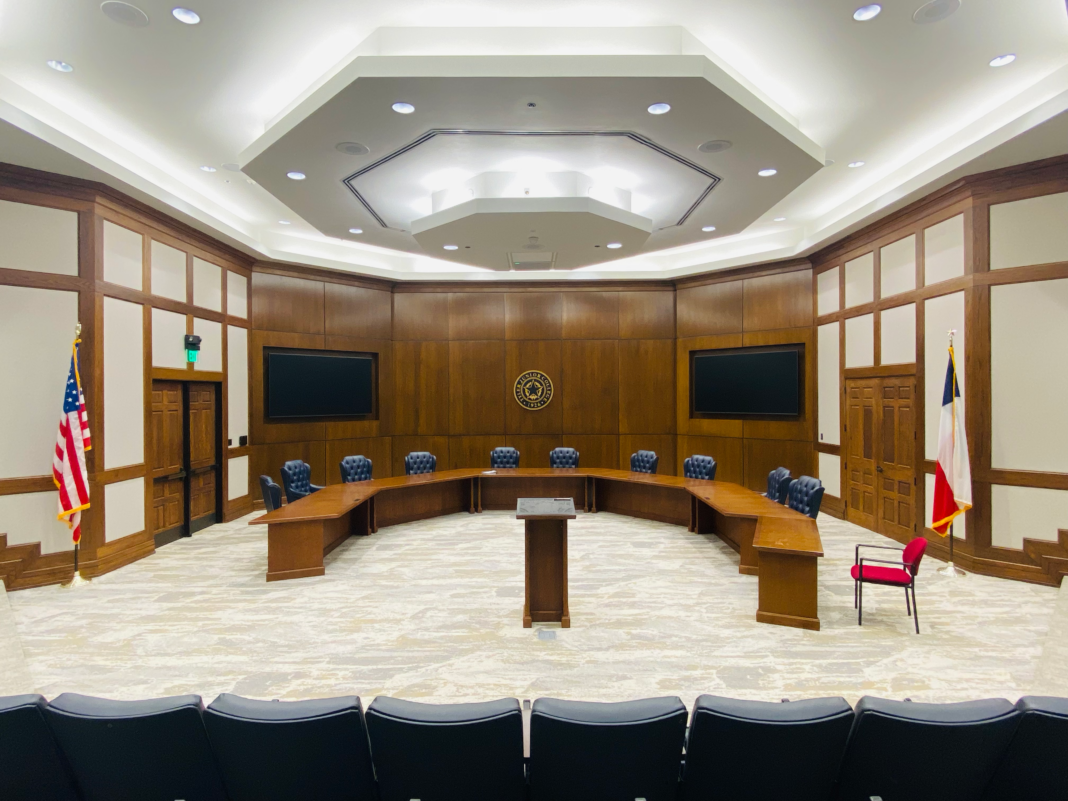 After discovering improper parliamentary procedure in the vote that lead to the denial of Turning Point USA’s recognition as an on-campus organization, Tyler Junior College’s Student Senate plans to correct the issue in the Student Senate meeting on Oct. 12.

Motions that will be presented to students include, Vote No.1: Rescind the motion for recognition of TPUSA. If Vote No.1 passes, the Senate will move to Vote No. 2, which is the vote to recognize TPUSA as an official on-campus organization.

If Vote No.1 is not passed the decision made on Sept. 28 will remain and TPUSA members may appeal the original vote as outlined in the student handbook.

Lauren Tyler, director of student life, discusses the reason for rescinding the motion.

“After looking at the recording, we found there were some errors in parliamentary procedure,” Tyler said. “So we felt as though rescinding it to vote in a different form would be the fairest process for everyone.”

Organization members who were present at the Sept. 28 meeting voted vocally in favor or opposition of the recognition of TPUSA. There were 2 votes for, 6 votes against and 12 abstentions according to the Student Senate minutes.

However, organizations present at the upcoming meeting on Oct. 12 will partake in the process of a secret ballot. The head representative of each organization will vote on behalf of said organization.

“So we voted by voice vote the first time and there was division, so we did it by roll call but a couple of things were presented,” Tyler said. “One, students that were voting that day might not have been aware of everything because they might not have been there the week before. And then again they had to state their vote out loud and so voting with a secret ballot would allow them to vote without fear of intimidation or retaliation or anything like that.”

Students for and opposed may prepare a maximum of a three-minute speech to present to the senate before the vote is cast. The meeting will be held at 4 p.m. on Oct. 12 in the White Administrative Services Center Board Room.

In the senate meeting on Sept. 28, the motion to acknowledge TPUSA was denied over concerns about some of the group’s platforms. TPUSA was introduced to the Student Senate on Sept. 21 where the organization’s intended chapter president, Freshman Juliana Penny, gave a brief overview of what the organization stands for.

“We are really just about freedom, limited government, free-market, free speech, just all things supporting the constitution,” Penney said. She added, “over 80 students have already expressed interest in joining our chapter.”

According to tpusa.com, “TPUSA is a 501(c)3 non-profit organization whose mission is to identify, educate, train, and organize students to promote freedom.” The website also states the organization is present on 2,500 campuses across America, which includes high schools, private schools, colleges and universities. In Texas this includes, the University of Texas San Antonio, Texas State University and Trinity College.

“We plan to work with the office of student activities to make sure we are following all the necessary procedures to become recognized as an official student organization,” Penney said.  “We look forward to being a part of the broad tapestry of ideas and opinions that make our campus great.”

Opponents of the motion argued the group is based on hate, citing a professor watchlist, a list created by TPUSA to expose what the organization alleges are “Radical Professors.” Dictionary.com defines radical as, “a person who holds or follows strong convictions or extreme principles; extremist.”

The professorwastchlist.org states, “The mission of Professor Watchlist is to expose and document college professors who discriminate against conservative students and advance leftist propaganda in the classroom.” Examples of reasons why professors have been placed on the watchlist include, a professor’s activism within a group outside of campus, a professor being a co-author of a book that discusses male dominance in the field of physics and a professor vocally opposing the hiring of conservative professors by the university.

Concerns about this organization have also surfaced nationwide. An article written by CBS Austin discusses how in 2019 TPUSA at Texas State University was, “under fire for allegations claiming it encourages members to taunt students and faculty who oppose their views.” NBC News also covered how Facebook removed “hundreds of fake accounts created by a marketing company that worked with the young conservative group Turning Point USA to invade the comments sections of mainstream publishers and denigrate Democratic politicians.”

Jessica Sailing, TJC sophomore and representative for the Phi Rho Pi Speech and Debate Team, opposed the recognition of TPUSA.

Others in opposition believe the recognition of TPUSA on campus would cause political unbalance.

“I think this organization would be detrimental to the student body and the campus atmosphere,” Sophomore Joseph Ritter, representative of  Phi Rho Pi Speech and Debate Team, said. “I definitely believe that this would bring more political polarization on campus, which is the opposite of what we should be going for.”

Dr. Amanda Jo Ratcliff, one of the faculty advisers for TPUSA, said her goal as the faculty adviser, “is to provide support and encouragement to those who wish to participate in the organization.” She added TPUSA provides students an, “outlet to explore ideas related to freedom.”

“Adding this organization to TJC campus life would fill a current gap and provide an opportunity for students to engage with other students interested in these topics,” Ratcliff said.

Some opponents are concerned about the background of TPUSA rather than the existence or recognition of a conservative group on campus.

“I would be happy for those people to try and start something else. I know the ladies that tried to start Turning Point and I can say that they’re very lovely people,” Sailing said. “But their intentions don’t necessarily matter when there are higher-up people in that organization who have negative intentions. So I would be open to them starting another kind of discussion group, but Turning Point specifically is just not acceptable.”

Both parties for and against the organization discussed their reaction to the denial on Sept. 28.

“It was disappointing, but this turn of events now gives us an opportunity to encourage people to do their own research on Turning Point USA,” Ratcliff said. “The national organization’s website (tpusa.com) is a good place for people to start reading about what this organization actually promotes.”

Students who voted in opposition to the group also shared their feelings about the group being denied.

“I am honestly surprised on how the vote went. I definitely thought the organization would be recognized, but I knew it was something worth fighting against,” Ritter said.