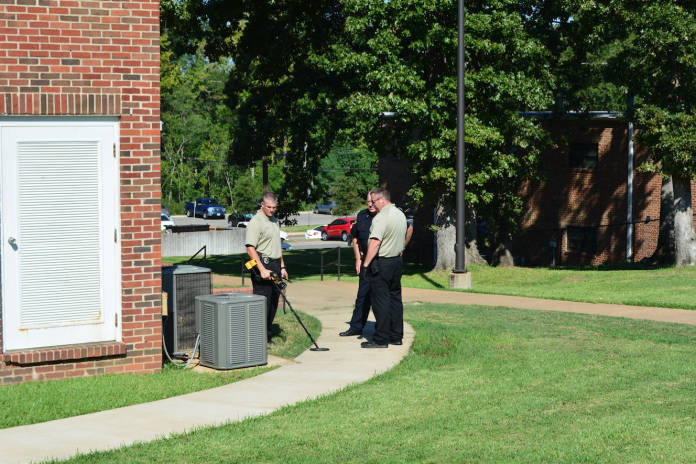 “It was seven gunshots and then a pause and there was like six more,” said Isis Bradley, TJC sophomore.

Bradley was beating the drum in front of Rogers Student Center for the TJC homecoming tradition when the shooting happened. Her first instinct was to run inside with other students who were out decorating the campus for homecoming week.

“I saw people running inside, and I ask what was wrong? They told me people were shooting outside,” said Mackenzie King, Apache Chief and Student Senate Public Relations officer, who was inside Rogers Student Center at the time.

As of Wednesday, Sept. 14, students still haven’t been officially notified by TJC of the campus shooting on Monday, Sept 12.

According to the Clery Act, an institution is required to give timely warnings of crimes that represent a threat to the safety of students or employees.

“There are rules on alerts, we are aware of that,” said Kim Lessner, Executive Director of Marketing, Media and Communications

Campus police are the ones responsible for alerting the students in this situation, according to Lessner.