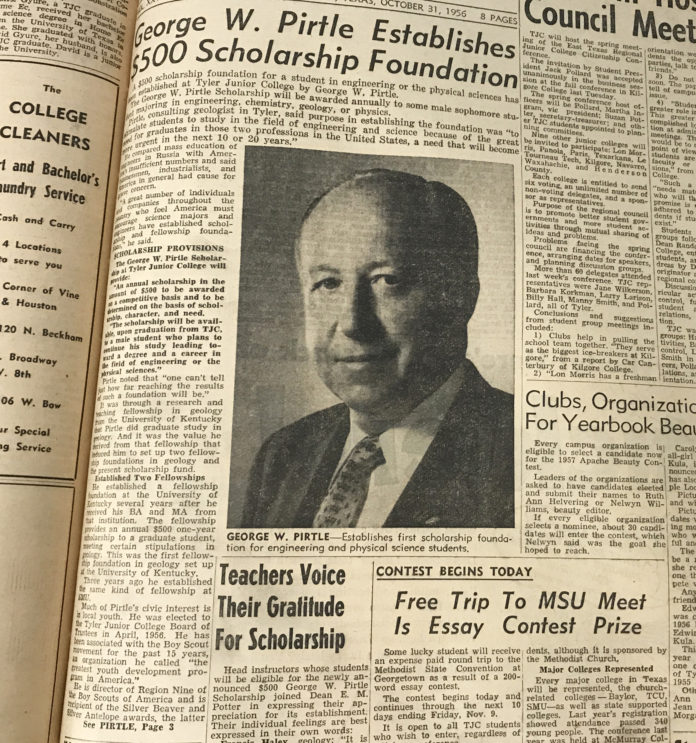 One year after Tyler Junior College opened their doors, The DrumBeat became the student newspaper of TJC.

Over the 90 years as the independent student media outlet of the school, many students have left the program to become successful.

Two recent graduates of the program working in the local news market are Cory McCoy who is a multimedia journalist over education for the Tyler Morning Telegraph and Favian Quezada who is an entertainment reporter at CBS 19. Each came through when the student media was known as the Apache Pow Wow.

“I came back to school in my late-twenties, about five years ago… so at that point I chose to go into journalism. I had always liked writing, I figured why not make some money doing it,” said McCoy.

By his second semester, McCoy was already Editor-In-Chief. Quezada also saw a similar role for the then Apache Pow Wow. Starting off as a staff writer to then being the managing editor and ultimately, the Editor-In-Chief.

“My first actual news writing professor was Danny Mogle, who is the editor of In Magazine. I started writing for him almost immediately so I was already working in the industry as a student,” said McCoy. “All of the professors here really, Danny Mogle, Laura Krantz, Rachel Jennische, Derik Gray they all helped me and helped guide me. I wouldn’t be where I am without the four of them, that’s for sure.”

Quezada has the same praise for his professors that helped him along the way.

“It’s not one specific person, it would have to be all three. Krantz, Gray and Jennische, they all brought something to the table that made me want to learn the skill and things I have today. Here they honed my skills, they helped me write better, become a photographer, a better videographer and ethic. They teach great ethics here,” said Quezada.

More recent alums have been very successful in the communications field upon completion of their time at TJC. Just a few would be Melissa McTee who is a social media specialist for TJC, Cody Lillich a producer for NBC 5 in the Dallas Metroplex. Also, Jeff Wright is a producer for KLTV and is also  a recent graduate.