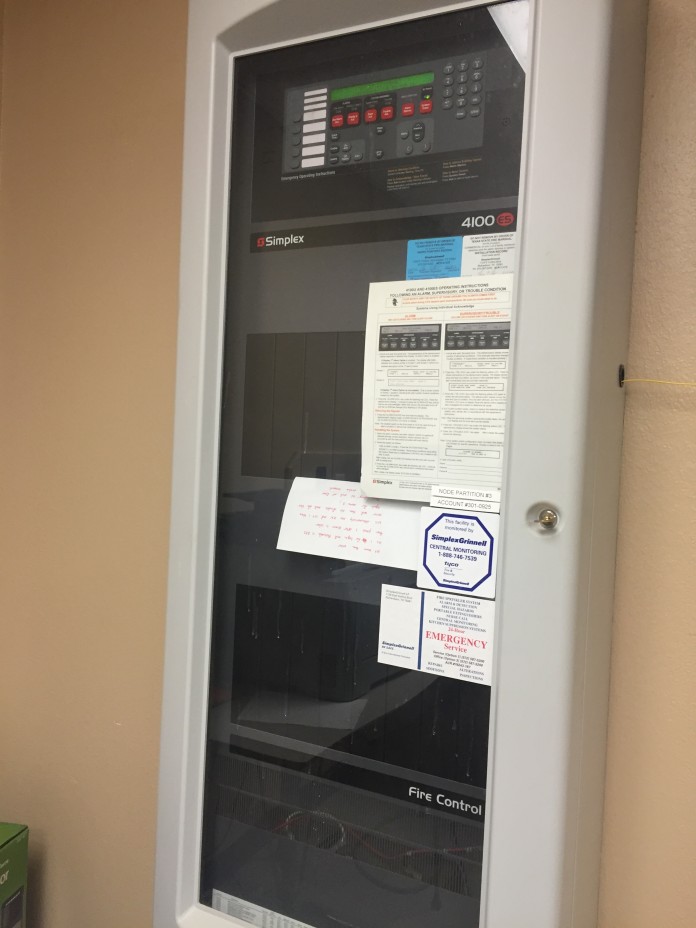 The Alarm System is there for everyone’s safety and no one should ignore them.

TJC completed the installation of a new alarm system just last year. It took two years to put it in 32 buildings on campus, including the dorms. According to Gartman this is just phase one out of many. Which means there are some buildings such as the tennis center, Grace building, the research building, and just the smaller outline buildings haven’t got the new system yet. The old systems were replaced with the new system that uses 41ES. This involves replacing all the wiring, main nodes, the monitoring panel, and all the devices such as smoke detectors in the buildings. The buildings have the little sensors in the rooms that detect things such as heat, carbon monoxide, and smoke. Tampering with it can set off one of the three alarms. The three alarms are supervisory, trouble, and fire alarm.

An example of Supervisory Alarm is if a student reaches up and tampers with the head of the smoke detector, it sends a supervisory alert which means it doesn’t reset itself. Someone physically has to go over to where it is to determine the problem. With the new system, the main node will tell what room and what someone tampered it with.

A Trouble Alarm is kind of complicated. No one can’t tell what causes it, it could be a blip in the electrical circuits, or it could be the system rebooting itself, but once it determines that everything is ok it resets itself. When that happens it sends a trouble alarm and that’s what it is intended for, taking care of the blips on its own.

The way TJC picked the system is by sending out an RFP (request for proposal) to four different companies. After that the board set up a meeting with the companies and told them what we wanted. From there they came up with a proposal. The board decided to go with Simplex because it was good values price wise, and Gartman had good experience with them and they show great interest with Tyler Junior College. Gartman has worked with TJC for five years and he said this new system is 100 percent better than the one the college used to have.

This a big improvement because all the systems work together and report to each other through a network rather than a phone line like before.

To verify that the alarm systems are working properly, there is an annual inspection once a year. Tyler Junior College hires an independent company to come out and check the entire system to make sure everything is good, usually in June.

“With this new system, I think the students are more protected especially in the dorms and I am able to go home and go to sleep knowing that the students will be safe on campus” he said.