Timeline of the war in Ukraine 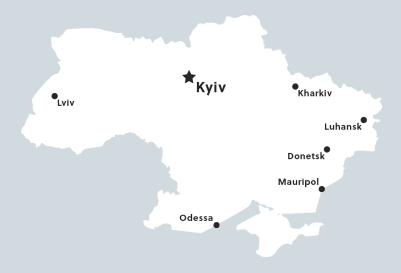 In early February, mounting evidence that a conflict in Europe was imminent.

Upon initial reports by the Pentagon of military buildups on the border, Russia responded claiming to be carrying out “military exercises.” Meanwhile in the U.S., the Biden Administration was constantly sending threats to the Kremlin if it were to invade Ukraine. Russia continued building their troop count along the border, until the rising action quickly escalated further when Russian-backed separatists began fighting in contested areas on the East side of Ukraine. Russian President Vladimir Putin later recognized those areas as independent, and on Feb. 24, announced “special military operations” in Ukrainian territory, marking the beginning of war in Ukraine.

Months prior to invasion, Putin set an agenda with the West involving Ukraine, demanding they not join the North Atlantic Treaty Organization, or NATO. Such a move would remove Ukraine as a buffer between the East and the West, putting the alliance on Russia’s doorstep. Concern that Ukraine was on a path to joining NATO began at a 2008 NATO summit in Bucharest, NATO acknowledged Ukraine and Georgia’s aspirations for membership, declaring, “We agreed today that these countries will become members of NATO.”