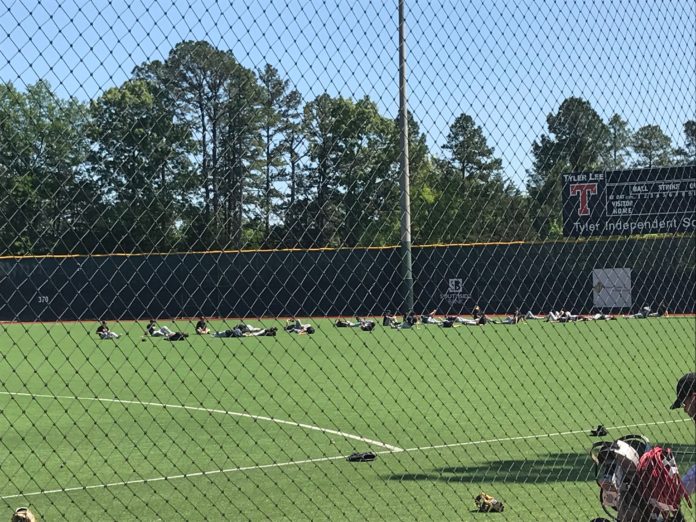 Wren is extremely proud of the Baseball program. They work hard for what they have accomplish. “We are invested in everything that we do. At the end of the day, we want the program to be different from every other program,” Wren said.

The coaching staff and players really focus on the mindset of taking things day-to-day. Every year people expect them to make it back to the championship game, so it’s better to think that way.

“Players don’t talk about the tradition or legacy as much because, they already know the history of the program,” Wren said.

Often times older payers come back and get involved with the programs activities. Rather it be with camps, workouts or Alumni games. This program will always be home to these players.

The season is almost over, but the games that the team is looking forward to are against rivals Coastal Bend since those will impact playoff hopes. But, as a humbled as this program is, they’ll treat every game with respect.

“Teams that have a sense of entitlement fall off and our guys have to have that earning mindset,” Wren said.

The NJCAA Division 3 World Series will take place May 26-31 in Greeneville, Tennessee. TJC baseball hopes to add to their championship collection.