To speak or not to speak? 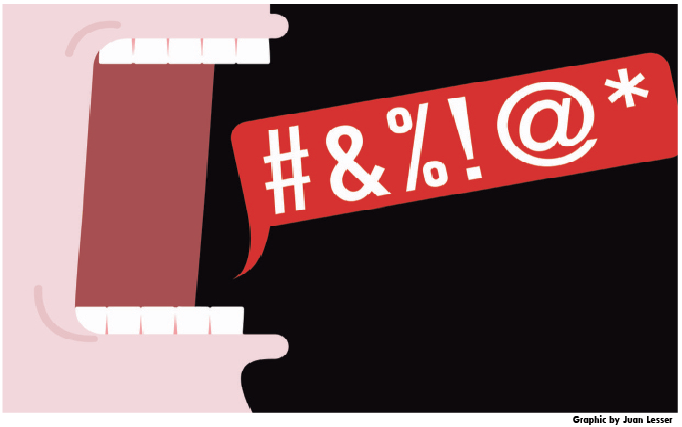 Joel Park and his son Tor, Christian evangelists who accompanied Morrell to campus in November, recently made an appearance at TJC on Feb. 25. According to his Facebook page, Park is the founder of Pixels of Light Ministries and Inlight Productions; he studied at TJC in 2000.

“It’s not hate speech. That’s a subjective term,” Park said. “It’s a place to talk to students about God. College students need God.” After Morrell’s latest controversial appearance, many have debated the legality of his actions, as well as TJC’s ability to limit them.

Some view Morrell’s preaching as hate speech attacking various demographics under evangelical Christian beliefs. According to Morrell’s Twitter, he has made appearances at TJC since 2004 when he was arrested for trespassing on campus. However, with the passage of Texas Senate Bill 18, Morrell returned to campus in November under new speech protections.

Senate Bill 18, titled “Relating to the protection of expressive activities at public institutions of higher education,” took effect on Sept. 1, 2019. According to Marketing and Enrollment Services Vice President Kim Lessner, the bill allows outside speakers in “common outdoor areas” on campus, so long as the speakers practice lawful conduct and avoid producing “substantial disruptions.”

In regard to the verbal conduct of outside speakers on campus, “hate speech,” which expresses distaste toward a particular person or group of people, is protected under the First Amendment. However, these speech protections are subject to exceptions.

“Speech that threatens, harasses, defames, or incites persons to imminent violence is prohibited in and out of college campuses,” according to Ana Vieira Ayala of the State Bar of Texas. “Yet the courts have, over the history of this country, carved out exceptions to the First Amendment right to free speech and these exceptions have been applied in the university setting.” Such exceptions include “fighting words” and other forms of speech that threaten or incite violence.

Similar to the exceptions found within First Amendment free speech protections, Senate Bill 18 allows universities to specify when and where outside speakers can appear. According to the Texas Tribune, the bill was partially proposed in response to some college campuses, such as Texas A&M University and Texas Southern University, limiting or canceling appearance and expression by conservative speakers.

“The bill also allows institutions to adopt a policy that imposes some limited restrictions on this type of speaker,” Lessner said, “and TJC will develop a policy within those guidelines and make that policy available.”

Lessner sent a campuswide email after Morrell’s November appearance to notify faculty of the proposed policy and the appropriate responses to outside speakers on campus. It is unknown whether the policy will include restrictions on when and where speakers can practice their freedom of expression at TJC.

Public Affairs and Media Relations Director Rebecca Sanders said this developmental policy will be implemented prior to Aug. 1, 2020.