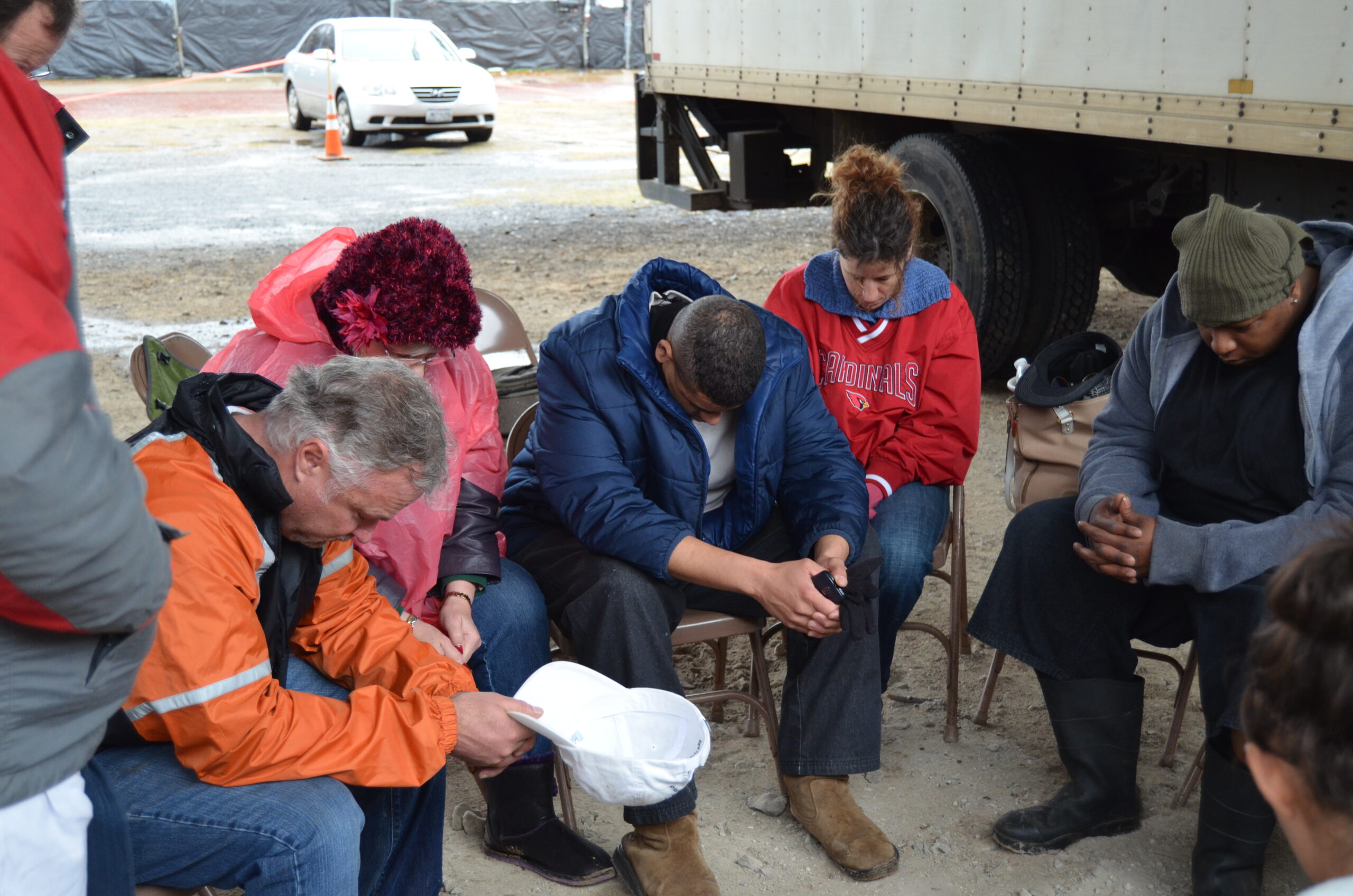 Editors note: Favian Quezada lived in Tent City and with Camp PS 91. This is the first part of a three part series about his experiences with the residents and time spent homeless.

Walking across the railroad tracks in the Historic Cotton District near downtown Tyler, there is a thicket of woods where a community, unseen by the public, once lived. Living their lives as normal as possible the people there considered themselves not homeless, but blessed.

I came across the area and people working on a story and mini documentary, about One Night Without A Home, an event held on Nov. 19, 2013 at Bergfeld Park to raise awareness about homelessness. Meeting the people and the group, I decided that I needed to film more than a mini documentary and started production on a full-length documentary.

Formed by residents Shane Troul, Brittany Garza and Tim Harris, Camp PS 91, a homeless mission camp set up for the homeless by the homeless. With the help of anonymous donors and churches in the area the camp started receiving the necessities needed to survive the elements and began passing them along the trail to the others.

“We stayed here (Tent City) for probably like a month,” said Garza, “and Tim showed up. Tim’s a good friend of ours we’ve known him since we got here he was at the Salvation Army same time we were. And, he told us he had a guy who was really interested in helping and he didn’t know how to help, but he had the means.”

Staying in the back of Tent City all three got sick. For the next two weeks they ended up staying at a friends house until they got better. Going back to their tent they had a mess to clean up, the rains flooded out their camp and mud was everywhere.

Deciding to switch locations they started gathering more tents and donations began pouring in. With more supporters and donations coming in, Camp PS 91 started its work helping the residents of Tent City.

“We just put out that we were doing this,” said Garza, “you know we could help if anybody wanted it.”

After meeting the camp, I brought along CBS photographer AJ Vega to help me begin filming. After his experience, KYTX CBS 19 met with the camp and began running their own stories on the camp. The camp caught attention and more and more news stations began to take notice.

In December it seemed everything they had worked for was crashing down. A drunken man had passed out on the tracks and a resident of Tent City pulled the man off the tracks and called 911. This lead to Union Pacific Police coming out and investigating along with Tyler PD. Union Pacific was made aware of the residents and began their two-month long process of vacating everyone off the property.

Before there was no more Tent City or Camp PS 91, AJ and I decided that while we could film all day and we truly could not understand what we are filming unless we became homeless ourselves. And on Jan. 1, 2014, we became homeless for the full month of January.

After arriving, we began to unpack into our tent, that had been generously donated. Tim Harris also lent us his propane heater for the night, since the temperature was going to drop. THe wind blew most of the night and so did the heat. THen I was awakened by the worst news.

After about five unsuccessful attempts at relighting the heater we crawled into our sleeping bags and tried to sleep.

After surveying the night, we woke at 7 a.m. for breakfast at the Salvation Army. Walking into the cafeteria the volunteers at the front began saying a prayer over the food and then served the people waiting in line.

Grabbing a tray of food and sitting down I picked up my fork and stabbed it into the eggs on my tray. I took a bite and I thought to myself, this was going to be a long month, a long month indeed.