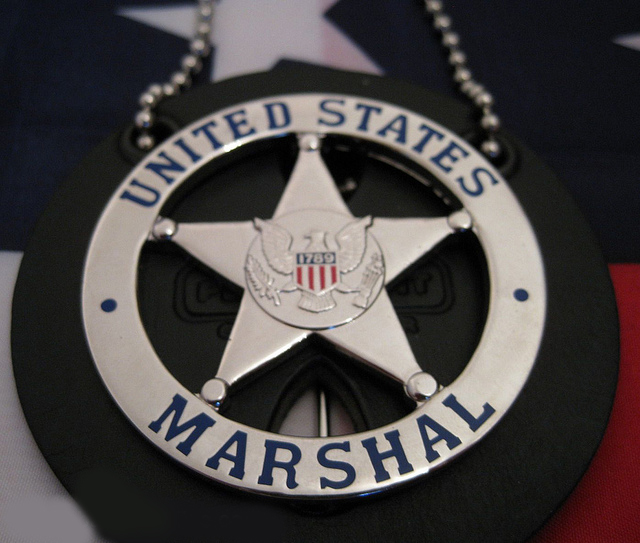 “When President George Washington appointed the first 13 U.S. Marshals Sept. 24, 1789, his pen marked the creation of an agency that has since played a role in virtually every facet of the nation’s federal judiciary during times of crisis and times of peace,” said U.S. Marshals Service Director Stacia Hylton.

“From upholding the law in our untamed western territories to enforcing orders related to civil rights, the U.S. Marshals Service has been committed to answering the call of our great nation. As we mark 225 years of service, our men and women stand ready to continue that commitment,” Hylton said.

Today, the U.S. Marshals Service is a force of 5,400 deputies and civil servants who carry out operational and administrative duties as varied as apprehending fugitives, housing and transporting prisoners, protecting witnesses and federal judges, and managing and selling seized assets.
Most notably, the Marshals Service is the federal government’s primary agency for conducting fugitive investigations. Working with its law enforcement partners at the federal, state, and local levels, the Marshals apprehend more federal fugitives than all other federal law enforcement agencies combined. Nationwide, the U.S. Marshals arrested more than 110,000 fugitives during fiscal year 2013. The Joint East Texas Fugitive Task Force arrested 2,230 fugitives during this same time period.

“The Joint East Texas Fugitive Task Force continues to be very successful in apprehending violent federal and state offenders. The Marshals Service has a tremendously productive relationship with our state and local law enforcement colleagues throughout the 43 counties in our district. The technology and expertise brought to fugitive investigations makes it incredibly difficult for a fugitive to evade capture,” said Robert Hobbs, U.S. Marshal for the Eastern District of Texas.

Additional accomplishments in FY 2013 in the Eastern District of Texas include protecting the federal courts and facilities, managing the care and transport of over 2,080 federal prisoners, and managing the assets seized during drug and criminal cases totaling more than $17,381,916.

“The Marshals Service partners with our federal, state and local colleagues to seize and forfeit ill-gotten gains from criminals and return these funds to victims and different law enforcement agencies across the district. As we mark this significant milestone of 225 years, we are excited to carry forward the proud traditions of the ‎U.S. Marshals Service and will work diligently for the citizens of the Eastern District of Texas‎.” said Marshal Hobbs.