TheDrumBeat.com
HomeNewsViews on transgender restroom access expressed in the TJC Board of Trustees...
News 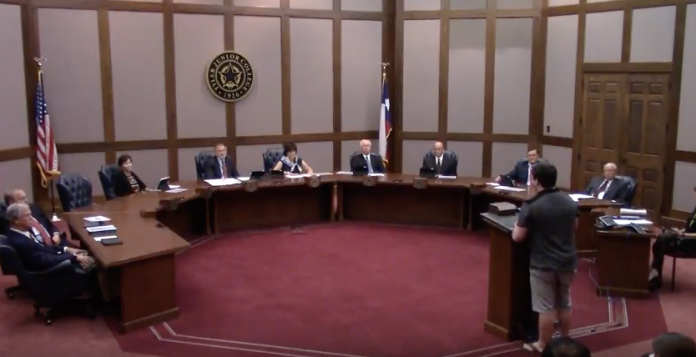 Several community members attended the TJC Board of Trustees meeting Thursday to express their views on the transgender restroom issues.

On Aug. 15th, faculty members were informed in a meeting of changes in regards to who can use which restroom on campus as an answer to the Title IX guidance letter from the U.S Department of Education and U.S Department of Justice. On Aug. 21st, U.S. District Judge Reed O’Connor issued an injunction prohibiting the President’s administration from enforcing this guidance.

After the information came to citizens’ knowledge, a group called ‘Grassroots America – We The People’ showed opposition to the transgender restrooms in an article on the Tyler Paper website.

To listen to the opinions of all, TJC Board of Trustees arranged a time in their meeting for those who wanted to speak. Grassroots America – We The People was expected to attend and question the board on changes to TJC’s facilities.

Eight community members spoke on this topic during the meeting. Most expressed confidence in the board and pride in the college’s inclusive culture.

“I teach my students the importance between the democracy where everybody gets to have a vote in every issue, and a republic where you elect representatives to help make those decisions for you,” said Jan McCauley, TJC Government teacher. “We are living in a republic, and I appreciate the fact that [the Board of Trustees] are the people who vote for us and make decisions,”

No community members spoke against the new policy, but Ernie Clark expressed his surprise to learn that TJC had followed the Title IX guidance and didn’t make it public.

TJC released a statement before the meeting saying that there is not a new policy, they only complied with the federal government.

Facebook
Twitter
Pinterest
WhatsApp
Previous articleVideo: Interview with an LGBTQ activist who attended the TJC Board of Trustees meeting
Next articleTJC redesignated a Leader College by Achieving the Dream
thedrumbeat