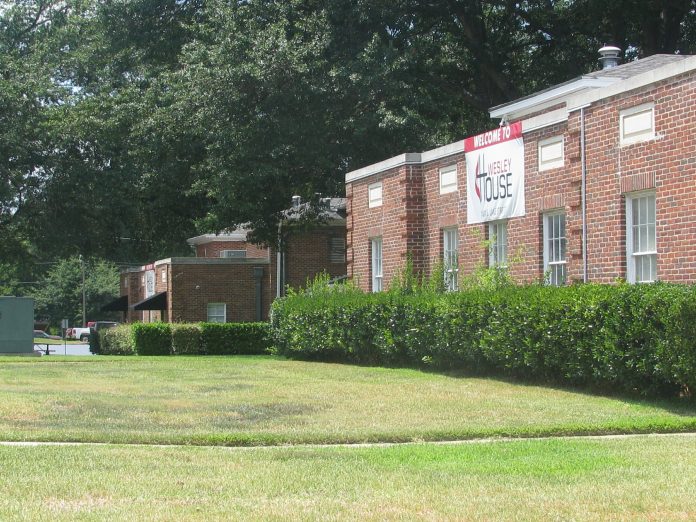 The impact that the Wesley House ministry has on campus will now be extended into Lewis Hall, doubling their size.

“One of the things that really impresses me is how our college has become more and more diverse,” said Dr. Mike Metke, President of TJC. “Wesley, for me, has helped a lot with that diversity. They reach out through their network and bring in lots of students who would have gone to a private school somewhere – maybe a faith-based school.”

Due to several issues with the building, including problems with the structure, foundation, air conditioning, roof, and smaller internal issues, the college decided to make the building available for auction in January, 2016.

“When Lewis got in such poor shape that we were going to tear it down, we actually did a request for proposals,” said Metke. “We had such a demand for housing that we didn’t want to give up those beds, because we didn’t have a new dorm yet.”

Along with the school already having a relationship with the program, Lewis Hall rests just next door to the already existing Wesley House, so the school decided that they presented the best bid.

“They put in a proposal to do both and since they already had the management team in place, it was easier for them,” said Metke.

After $130k in financial grants, the Wesley Foundation was able to repair and renovate Lewis Hall back to the standard of living for on-campus students.

“That covered pretty much everything we needed to do.” said Jamie Leach, Business Administrator for Wesley House.

Using Lewis Hall will not only double the size of the Wesley dorms, but will provide several new opportunities to reach students not currently living in the buildings.

“With the addition of the second building, our common space will be open Monday through Friday, 8 a.m. to 5 a.m.” said Leach. “With the way the building is set up, we can secure the living quarters so people can still come into our common areas.”

With a focus on community, Wesley House plans to continue their efforts in growing relationships.

“If one of us wants to go somewhere,” said sophomore RA, Jesse Bourgeois, “we usually end up taking half of the building.”