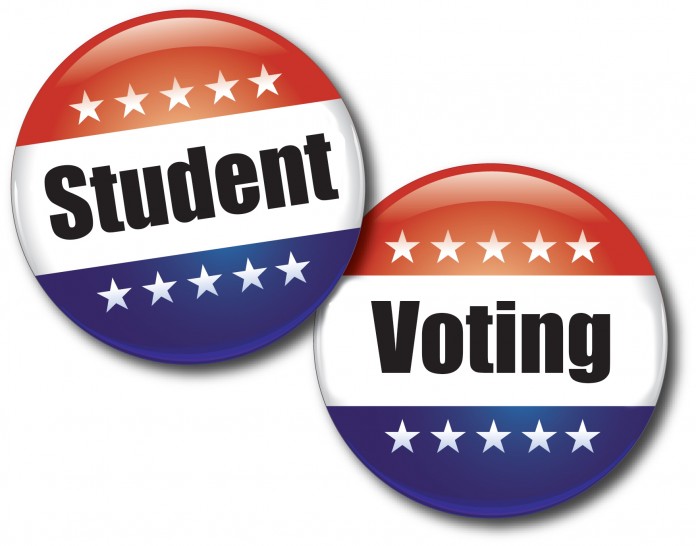 Since the turn of the century, voter turnout has been in decline. People ages 18 to 24 have had, historically, the lowest turnout for voting among all American people.

According to the U.S. Census bureau, just over 50 percent of youths in that age group were active in voting for the presidential election in 1996. As of 2012, that number dropped to 38 percent.

Indeed, most students who are asked about the current presidential election are on the fence about who they think will win and even more so on who they want to vote for. In both social and news media, many express strict opposition to the election of either Clinton or Trump.

“The candidates running now seem to have polarized people,” said David Funk, Art/Interim director and head of the honors program. He compared Bernie Sanders in the election to a contestant on American Idol saying, “he can sing, but he’s kind of ugly, so he’s not going to win.” Meaning that it didn’t matter how good he was, he doesn’t fit in with popular ideals.

The past several years seem to suggest that presidential elections are more akin to popularity contests than a comparison of political ideology. Political party members are loyalists, regardless of which candidate will actually be good for the country as a whole. The Jerry-Springer-like debates have been like watching bad rap battles in the street rather than a real discussion of issues facing the nation.

Rachel Hanson Blalock, former non-traditional student majoring in Health Infomatics, said that she is “really disappointed in all the debates this year. Everyone is dancing around the questions, not really answering anything, just trying to make everyone else look worse than them. I think we are in trouble.”

There must be some explanation as to the apparent apathy among traditional college students in the voting process. Among the older generations of voters, it is believed that millennials are too self-involved to be a part of civic obligations. According to The Center for American Progress for the 2012 election, there were 64 million eligible voters among millennials, fewer than 3 in 10 voted.

Some students who watch the debates do so, not for the information they can learn from the candidates, but for the outlandish and sometimes violent occurrences that might take place.

“Well I’ve heard a lot about Bernie from other students [who are] for Trump, and, me personally, I’m on the fence with the riot at one of Trumps infamous rallies and how it just turned into an all-out brawl between Bernie and Trump,” said Dillon Holliman, 23, majoring in art.

Quentin Kidd, the head of the political science department at Christopher Newport University, told USA Today-college that young adults don’t feel they have a stake in community and therefore aren’t motivated to vote. This may explain why so many college students seem to prefer Bernie Sanders, since he has put out so many videos through social media about student debt and tuition fees. In general, students get involved in things that involve them.

Information that would help motivate the younger age groups into caring enough to vote, isn’t pushed in front of them. It would take self-motivation to do the research and become informed.

“Students today aren’t politically motivated … but they’re jaded to the system,” said Ryan Button, sociology professor at TJC. “Nothing will change till we have an aware, informed public who think of themselves as citizens and not just consumers.”

Aside from learning about the candidates and their stances on issues, and aside from the information available on the issues themselves, the system itself does seem to be complicated. College students are faced with complicated subjects every semester, but with study, can understand that.

Many youths believe that the system doesn’t work for them – their votes do not matter. According to information on learnnc.org, “every vote does count; it just counts in a more complicated way. When you vote for president, remember that you’re voting in a state election, not a national election. So your vote counts just as much as anyone else’s in your state — but it may count more or less than that of someone living in another state!”

African Americans fought for the right to vote, granted by the 15th amendment in 1870. Even after it was granted by law, it wasn’t until 1965 that laws were passed to protect that right from legal barriers that were set by state and local laws. Women received the right to vote through the 19th amendment in 1920. Historically, people fought and bled for the right to have a voice in who represented them. It is the civic obligation of each citizen to not take that right for granted.