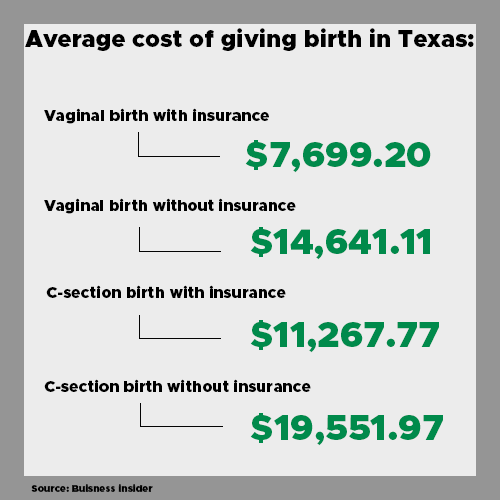 The Texas Heartbeat Act, passed in March 2021, effectively ends all medically induced abortions if a fetal heartbeat can be heard. Doctors and medical personnel are required to test just 24 hours before the procedure for a heartbeat, no matter how far along the patient is. If a heartbeat is heard, the patient, with only a few exceptions, will no longer have access to medically safe abortions. Exceptions to this law are limited to medical emergencies, as determined by the pregnant person’s doctor. However, even if the patient’s life is at stake, or the fetus has irregularities that will not make it through birth, the mother must still receive a sonogram for the express purpose of hearing the heartbeat.

For women outside of Texas, the Texas Heartbeat Act sets a profoundly sinister stage for their rights as well. Previously, states could not find a way to go around Roe v. Wade, but with the new precedent of Texas, the rest of the states in the country may be able to enact similar laws. Safe medically induced abortion rates will plumet. If you’re on the pro-life side of the aisle, this sounds like a modern utopia. But the state has not set up any laws to support new mothers after giving birth. According to a Business Insider article from 2019, the average cost of an uncomplicated vaginal birth with insurance is just over $7,500 in Texas, not including the cost of pregnancy to the mother. Even after birth, many will struggle to pay for basic necessities like diapers and formula with no new programs introduced to ease their financial burden, despite not having made the choice to have the child in the first place. Web MD’s study on childcare cost from 2015 stated that the average family will spend over $25,000 in the first two years of that child’s life. The Texas median household income, as published by the Census Bureau, from 2015-2019 was $61,874. Meaning that a family of two parents and no other kids will spend 40% or more of their income just on that child in the first two years. For single parents, their income is even less, at $31,000, having them spend 80% or more of their income on that child in the first two years alone. This is just for the median family. There will be people who struggle significantly less due to their financial stability level, but there will be many people who will be unable to afford to care for a newborn child.

The influx of children in the foster system will completely overwhelm an already struggling system. Within the 666 new laws that recently went into effect in Texas, not a single one allocated money or resources to the constantly under-staffed, over-worked social workers who are about to have to take on so many more children as they are enrolled in the system by parents who did not want them and chose to give them away. There are not nearly enough homes or families for all of these new kids to be adequately cared for. In July, Texas foster children were found being placed in unlicensed homes or even make-shift beds in CPS offices for several nights until they could be moved into a placement. CPS reported that at any given time, 400 children are in similar situations. The trend is only going to go upwards according to CPS. “Our current situation is worsening by the day for our children and front-line caseworkers,” DFPS Commissioner Jaime Masters wrote in a letter to Texas lawmakers in May. If the state wants to cut access to safe abortions, they also need to be prepared to put their money where their mouth is and take care of the kids after they’re born. But as of now, they are not set up to do so.

With the Texas Heartbeat Act, the state government has taken the choice to be a parent away from the individual, setting a dangerous precedent not only inside the state, but within the country as a whole. They have made getting abortions in the first place nearly impossible, effectively placing thousands who cannot afford kids into poverty, and further traumatized victims of sexual assault all in one act.

Not a single new program has been set up to support either new families, new mothers, or the foster system, and the programs that do exist are too underfunded to work as well as they need to. In order for this law to actively be helpful, the state must allocate more funds to social programs. Otherwise, they are simply creating more problems and less solutions.