Addressing the issue of exploiting death 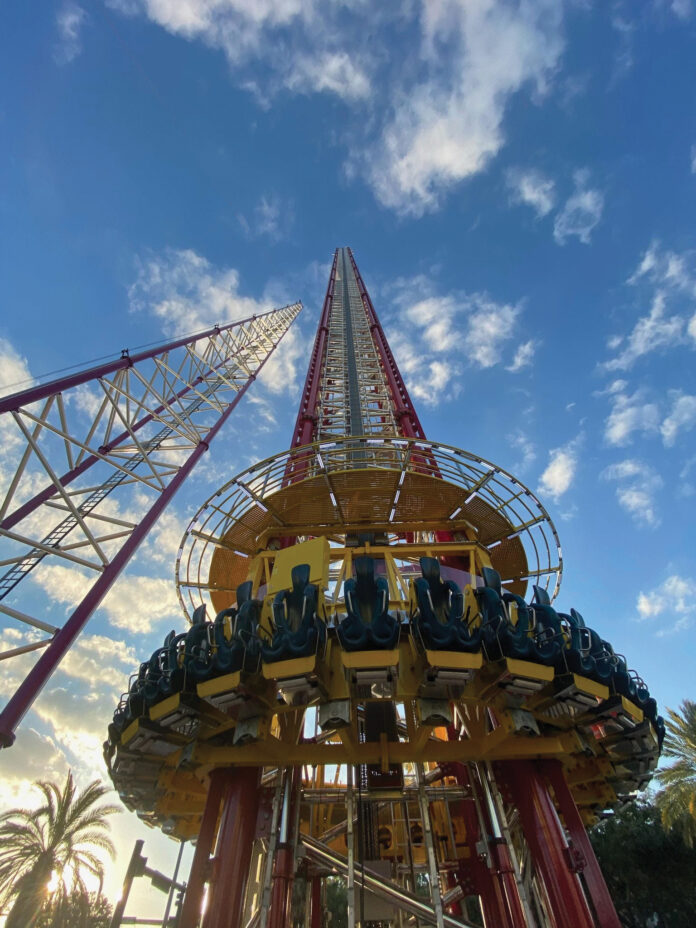 Tyre Sampson, a 14-year-old male, rode ICON Park’s Freefall Tower in Orlando, Florida, from which he fell to his death on March 24.

The ride reaches speeds up to 75 mph and is 430 feet high, making it the tallest freestanding drop tower in the world.

Not long after this incident, much commotion occurred all over social media as people were posting and reposting the video of this horrific event. By posting and sharing the video, what many didn’t consider was how absolutely disrespectful that is to Tyre’s family. The family didn’t even find out of his death in a proper manner — his family watched a video of their own son falling to his death, according to a CNN interview with Tyre’s father, Yarnell Sampson.

In that interview, Yarnell mentioned Tyre had dreams to play professional football and purchase a home for his mother.

His family describes Tyre as respectful, gentle and kind. He had big dreams and was someone everyone felt happy to be around according to those close to him.

Tyre was a 6’4” football player from St. Louis, Illinois. Even though he was in middle school, his talent allowed him to join in high school practices.

This young man was not able to rest in respect because of the social media coverage garnered by video captured by witnesses. Neither his death nor his family was honored by all the posts. Inconsiderate individuals insensitively continued to share that video on all social media platforms, gaining a plethora of views, followers and overall attention. It is not clear if the motive was mere engagement, but it does not dismiss the fact that what was done was wrong.

Theater major Cheyenne McAllister said, “It’s insensitive for the family to see the video blasted all over social media.”

An individual who was obvious about her motive of exploitation was a woman who went by the name of “Shay Johnson.” This woman went on national television and participated in interviews, claiming to have been a relative of Tyre. She wore a shirt with his face on it, faced the camera and cried while stating the family was hurting and claimed to have had to clean up Tyre’s blood.

Tyre’s mother made a statement saying she did not know of anyone by the name of “Shay Johnson.” It was later discovered this 32-year-old  woman’s real name is Lewishena Lavonia Browning, a club entertainer and criminal.

Browning has been in jail four times in Orange County and is currently awaiting trial for a previous crime. She has been fired from her job due to her sick impersonation, but no arrests have been made in the victim’s investigation according to Florida officials.

To go on television pretending to be a deceased person’s relative, regardless of the family and friends, is not the behavior of a mentally stable person. It is beyond wrong and disrespectful to do such a thing. No charges or arrests may or can be made but according to moral standards, consequences should be dealt.

Proper justice for Tyre has been call for in various ways by different people. Some believe the ride should be taken down, as it poses a threat for future riders. Videos of protests can be found on TikTok, showing groups chanting, “Take it down!” Others believe the ride was not at fault and that the workers should be fired and replaced by employees who are properly trained. According to the manufacturer, Slingshot Group,  the Freefall ride has a weight limit of 287 lbs. Tyre was 340 lbs, exceeding the limit but was still allowed to ride.

The video of Tyre’s tragic fall shows park workers just standing at the gate with no reaction. Riders are seen to be screaming and pleading to be let off the ride. One of the workers asked if they were sure they checked Tyre’s seat and they consistently said yes. It is obvious the workers were not trained properly to handle an emergency, hence their lack of reaction. Being trained how to turn away riders that do not meet the weight requirement could have changed Tyre’s outcome. It would have been better for him to be turned away at every single ride than for him to have been allowed, only for his life to be cut short.

“We need to be sure that we make sure this issue should never happen again. Ride operators need to make sure that the safety gear is really working and that we can’t bend the rules for people to have fun,” McAllister said.

An ongoing investigation is still at hand, and the Freefall tower will be closed until further notice.