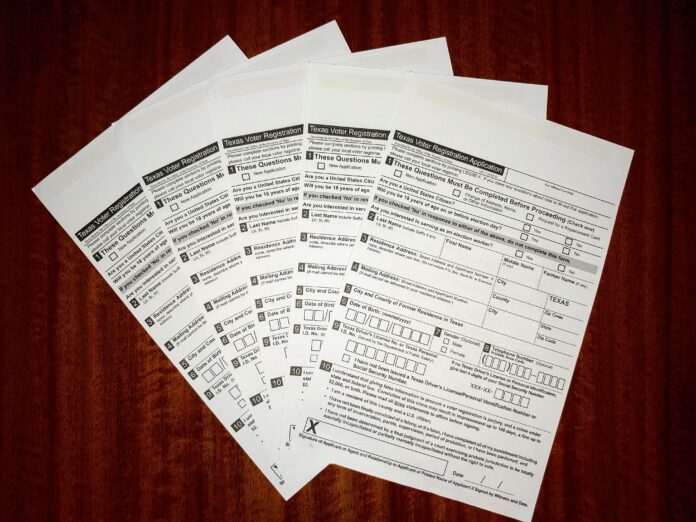 As Americans’ party affiliations and ideologies become increasingly polarized as the next presidential election approaches, voting (specifically among younger citizens) has become even more essential to preserve the functionality of the U.S.’ political system.

According to a June 2020 study by the Pew Research Center, the recent COVID-19 pandemic has only exacerbated the growing ideological divide between America’s two major political parties. Republicans and democrats are fiercely divided in regard to the U.S. government’s handling of the Coronavirus concerns, creating a point of contention sure to be pivotal in the results of the upcoming general election in November.

COVID-19 is only one of a series of issues in recent years that has contributed to a more polarized American political demographic.

One generation seemingly less affected by party polarization is the American youth. According to a 2018 study from Tufts University, only 56% of citizens aged 18-24 choose to identify with a political party. Additionally, those identifying as independent make up approximately one third of that demographic, even trumping those who identify as republican by more than 10%.

Young Americans are not only becoming less politically divided, but they’re showing up to the polls in greater numbers. The U.S. Census Bureau reported a nearly 16% increase in youth voter turnout between the 2014 and 2018 midterm elections.

Considering 18 to 24-year-olds make up approximately one tenth of the U.S. population, youth voters have the potential to make an enormous impact on the 2020 presidential election results – but only if they keep showing up to vote.

This year also marks the 100th anniversary of the ratification of the 18th Amendment, which gave women the right to vote in the U.S. This may serve to inspire American women, both young and old, to march to the polls once again in an effort to seek further progression of American society out of the marked disaster it has seemed to become in the past several months.

With the push to vote comes a push to stay educated about the U.S.’ current political affairs, as well as which candidates best support each voter’s hopes for the future of the country. Staying informed and determining which candidate to vote for does not have to be difficult; there are countless resources available to help streamline the process and increase voter turnout among all eligible Americans.

Websites such as isidewith.com help citizens determine which candidates’ platforms best fit their ideologies, making the voting decision less harrowing and more easily accessible for everyone. Every U.S. citizen who is willing and able should make sure they are registered to vote in the upcoming election. Citizens can check their voter registration status at vote.org/am-i-registered-to-vote/.

The 2020 presidential election presents a unique opportunity for the youth voters of America to showcase their strength in both numbers and political passion.

In an era racked with social turmoil, racial divides and employment complications, many young Americans are angry. They are tired of politicians bent on bringing each other down instead of lifting the nation up. They want to incite change – not only for a better present, but for a better future, as well. The only way to make that happen is to exercise political participation, to carry out one of America’s most cherished, universal liberties: vote.