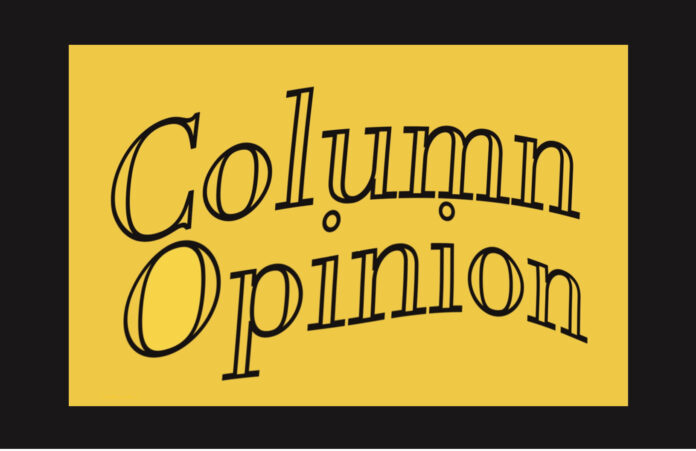 In 1901, in philosopher Friedrich Nietzsche’s book “The Will to Power” he writes: “I describe what is coming, what can no longer come differently: the advent of nihilism…Our whole European culture has been moving as toward a catastrophe, with a tortured tension that is growing from decade to decade.”
Nihilism by definition is the rejection of all religious and moral principle in the belief that life is meaningless. As Nietzsche predicted, it feels as if our Western societies have been moving further toward a nihilistic worldview. Cultural aspects from shows like “Rick and Morty,” self-deprecating memes, people growing accustomed to post-modern philosophies and the current pandemic, it feels as if there is an existential crisis in the world.
But how did it start? And what will it lead to?
Nietzsche’s main point in his analysis of the next two centuries was without the role of religion, the West would fall prey to nihilism and rigid ideologies. Though he was an atheist and heavily scorned Christianity, he understood the importance of the idea of God and his foundation in our civilization.
According to news.gallup.com, a international analytics firm for religious people, Christianity has been on the decline in the U.S. for the past two decades. A Gallup poll shows people who are not religious or aren’t sure, are around 23% of the population. An overall 13% decrease in church membership since the late 90s and early 2000s. Though this does show that at least 77% of the population still regularly attends church, that doesn’t mean as a culture, we uphold the Judeo-Christian values our culture was based upon anymore.
I think it’s safe to say almost every aspect of our lives have been infiltrated by politics and it doesn’t matter which side of the aisle is speaking. It is always there in sports, movies, podcasts, social media, books and music. Every aspect of culture has gotten increasingly more political, with each side growing more frustrated at each other. Why is this though? Well, this is where capitalism can come into play. With capitalism comes consumer culture and fierce competition. With that comes the only sense for a meaning in one’s life. However, over time individuals will still feel unsatisfied even with an abundance of the newest furniture, clothing and technology. With that void trying to be filled, people will react in different ways as Nietzsche predicted.
This is where I believe the Marxist ideology starts to form. A society without a sense of purpose or faith would head quickly into the construction of authoritarianism disguised as supposed utopias or just pure anarchy.
During the 19th century, multiple countries took inspiration from the philosophy of Marxism and implemented it into their countries. It also gave rise to the most oppressive systems to human rights in history. From Russia, North Korea, Cambodia, Germany and more, each ended in mass murder and authoritarian regimes. Yet, there is still a push in the West to try and adopt this clearly flawed system in hopes of achieving paradise. According to buisnessinsider.com, 70% of millennials and 64% of Gen-Z would be somewhat or extremely likely to vote for a socialist. Either because they draw false examples of it working somewhere and think they can implement it here or the typical “that wasn’t real socialism and we’ll do it right this time” statement. This is basically saying if they were in Mao Zedong or Fidel Castro’s shoes they would have brought in the perfect society because nobody in the past 100 years knew Marxism but they do.
It’s narcissism of the purest kind.
I could write an entirely separate article on why Marxism will never work but it basically puts the importance of the collective over the individual. I’m not saying that collectivism is bad. Christianity in its teachings teaches a lot about giving to the needy and helping others. The difference between Christianity and Marxism is actually quite simple: free will. Marxism demands participation and sacrifice from everyone in a given society.
Resulting in things every time being carried out by the barrel of a gun.
Even KGB informer turned defector, Yuri Bezmenov, said in a lecture that in order to subvert a country into a Marxist ideology the first thing they went after in each country was religion. “The moment they lost religion, as simple as that, they disintegrated,” Bezmenov said. “Something not material (God) moves society and helps it to survive.”
Even though this article sounds like atheists can’t be moral that’s not the argument I’m making. Atheists can absolutely be moral. But a society not based on religion, specifically Judeo-Christian values, cannot justify morality and will inevitably lead to self-destruction.
Nietzsche had another prediction for the future and the consequences of a godless society. “God is dead. God remains dead. And we have killed him. How shall we comfort ourselves, the murderers of all murderers? What was the holiest and mightiest of all that the world has yet owned has bled to death under our knives: who will wipe the blood off us? What water is there for us to clean ourselves?”