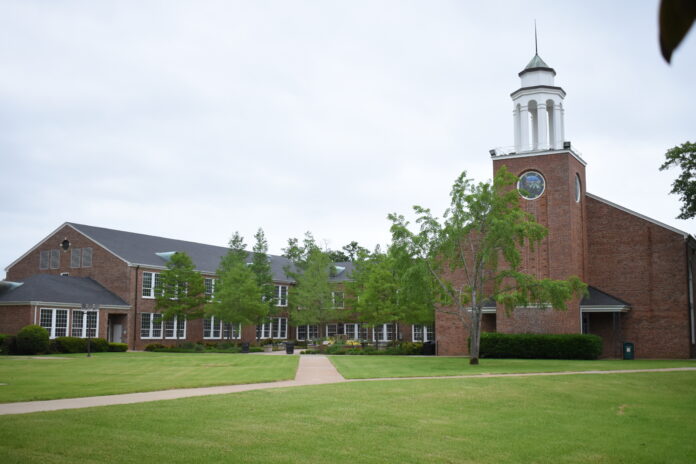 Boys don’t cry. They hate the color pink. They love sports and cars, and they have to hold their alcohol. They’re the breadwinners, the handymen, the logicians. That’s just the way things are.

Of course, none of these things are true. At least, not across the board. Yet, these are only a fraction of the stereotypes and box-shaped expectations that are imposed on men in American society. Men are made to believe, from early childhood, they must feel and behave a certain way in order to be validated. This gives way to the permeation of toxic masculinity in nearly every aspect of our culture.

The Cambridge dictionary defines toxic masculinity as “ideas about the way that men should behave that are seen as harmful, for example the idea that men should not cry or admit weakness.” Such a mindset pressures men into suppressing their emotions, possibly leading to feelings of isolation, failure or ostracization. This can have an enormous impact on men’s mental health.

According to Mental Health America, more than six million adult men are affected by depression every year. Additionally, men are four times as likely to die by suicide than women. Combined with social isolation and the downplaying of symptoms, this means men are also less likely to seek help for mental health issues.

It is time for our society to discard the destructive expectations imposed on men – ones that demand they “man up” while their emotional wellbeing, and often their lives, are endangered. We must begin teaching men that it’s OK to talk about their feelings, it’s OK to break away from the status quo in their hobbies and interests, and it’s OK to follow a different path than the ones laid out before them.

Some may pose the question, “Well, isn’t that sexist? Counterproductive to feminism?” But those individuals neglect to differentiate between unduly placing men on a pedestal and simply lifting men up with the support they deserve as human beings. Allowing men comfort in emotional vulnerability is just another step toward converting an oppressively patriarchal society into one in which egalitarianism and empathy take precedence. Feminism will flourish even more under a system that promotes understanding in men over opposition.

Allowing men the creative and emotional outlets they deserve does not mean issues of violence and sexism must simply be swept under the rug. If anything, shifting the behavioral expectations of men to be less aggressive might actually promote accountability and help men to better understand and safely articulate their feelings.

So, boys are allowed to like the color pink. They’re allowed to hate sports and cars and alcohol. They can be stay-at-home dads, artists, passionate pioneers – because men don’t belong in boxes. They belong in a world that understands masculinity and manhood as a spectrum that encompasses a broad array of occupations, emotions and identities: one that says to them, “It’s OK to cry.”