TheDrumBeat.com
HomeOpinionsCruisin’ down the street in my Carnival Valor
Opinions

Cruisin’ down the street in my Carnival Valor 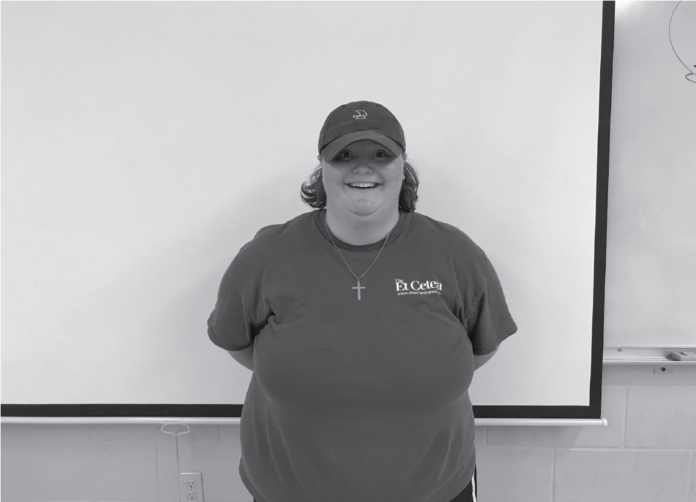 Growing up in today’s society we are surrounded in tragedy. Someone getting murdered, car accidents, tornados and even hurricanes at this time of the year.

I was always the person that would see things go and even at times have my old problems that at times sound like tragedies. But just two weeks ago I was stranded in what is being considered the worst hurricane in American history and especially in Texas.

On Monday August 21 I went on what was supposed to be a five-day cruise with my family that would stop in Cozumel and Progresso. It was just supposed to be a short family trip before my brother and sister started their senior year of high school. Going on the trip I knew I was going to miss the first week of school. I emailed all my professors and advised my colleagues at the newspaper that I would be out of touch for the week.

My mother, step-father, two step-sisters and little brother were on the cruise with me. I’ve been on several cruises over the years but never with only my family.

Five-days in the open ocean spending quality time with family with no distractions of work, school or the internet is hard to come by these days which made the trip so much more special.

Thursday is when things started to become difficult, we had Wi-Fi at the beach house we went to and our phone blew up with news about Harvey growing strong. Our captain hadn’t even mentioned to the ship that there was a hurricane yet or what our plans were for porting back in Galveston. All we knew is Harvey was getting stronger and planned to make landfall Saturday when we were supposed to disembark the ship.

An eerie feeling starting to creep into the passengers on the ship as we all boarded back on the ship Thursday night to head back to Galveston. Everyone was making their own accusations on what they think we should do.

Friday morning, our captain came over the speakers of the ship and announced to us that the ports of Galveston had been closed and that our ship had been redirected to New Orleans to restock and refuel before heading back out into the Gulf of Mexico to wait out the hurricane.

We were also told that if we wanted to disembark the ship we could but it was highly advised that they wanted us to make the journey back to Galveston with the ship. They also opened all the phone lines in the cabins so that everyone could contact their families and the WI-FI.

The ship was set to dock in New Orleans on Saturday afternoon, while we restocked and refueled we were allowed to be off the ship to shop or go to the French Quarter before heading back into the gulf later that night.

Friday was the hardest day. We had to make a decision on what was best for our family to do. At this point Harvey had not hit yet and we were going off the information that the ports should be reopened by Tuesday.

My parents had decided that we were going to stay on the ship because we knew if we got off that we would have to find our way back to Dallas on our own. Another curveball was that both of my parent’s vehicles were sitting in the first parking lot closest to the port that we left from.

With the decision of staying on the ship we put ourselves at the mercy of Harvey and Harvey was ready to play rough.

On Saturday, Harvey made landfall and many passengers left the ship, most stayed on to ride out the storm. We got off the ship just to get a change of scenery before the ship left port, it was nice just walking around and trying to get our minds off of what was about to happen.

Once the ship left New Orleans we had a Mardi Gras sail away party, during the middle of it our captain came over the speakers to inform us that the port of Galveston should be open in the next 24-36 hours. The spirits of everyone immediately changed, it was like the cruise had just began again and that there wasn’t a hurricane destroying everything in its path. Everyone was back into partying mode.

The celebration was very short lived, they next afternoon our captain announced that even though Harvey had been downgraded to a tropical storm they would not reopen the ports until the flooding went down and there was a safe way that everyone could make their journeys home. At this time we were informed that it was looking like it would be later in the week before they reopened.

We knew that we would not be home for my brothers and sister first day of their senior year which meant they would be unenrolled. I knew that if I missed anymore school I would be dropped as well. My parents and other sisters work understood their situation. I began to hate being on the ship, I was ready to get off, everything that was going on would aggravate me. But I knew there was nothing I could do so I had to not let it ruin me being in the most relaxing place I knew.

On Monday morning our captain updated us again, this time we were told that we would be heading back to New Orleans and would arrive Tuesday afternoon. Passengers would wanted to disembark the ship could do so Tuesday night and Wednesday morning. On Wednesday, the ship would leave port to go back to the gulf.

This is when things really got rough. That morning we had made the decision that all four of us kids would fly home from New Orleans and our parents would stay on the ship. The thought of leaving them behind ripped my heart out.

My mother was in communication with my aunt trying to buy tickets for us kids to fly home on Wednesday, at the same time my step-dad was on the phone with my aunt’s husband and he was insisting we all fly home together and that we would figure out the vehicle situation later.

That’s when they decided that we were all flying home and everyone’s mood eased and we went back to having as much fun as we could.

Monday, after buying everyone’s tickets home we went and played volleyball at the top of the ship, laid out by the pool and went swimming and ended the night watching movies like we did every night.

On Tuesday, once we docked in New Orleans we got off the ship even though it was raining and we went to the French Quarter and Bourbon street to spend our last night together before returning home.

I was ultimately dropped from all my classes which means I had to take a full load of eight week classes. Although we ended up being stranded on a cruise ship for 10 days, being dropped from school and didn’t know the condition of our vehicles it was amazing to be able to spend that time with the entire family.

As we grow older it’s hard to get the family together at the same time for more than a couple hours, we got 10 days together. I will never forget being stuck at sea during Hurricane Harvey.