TheDrumBeat.com
HomeOpinionsI'd rather watch paint dry than have to deal with this Wi-Fi
Opinions 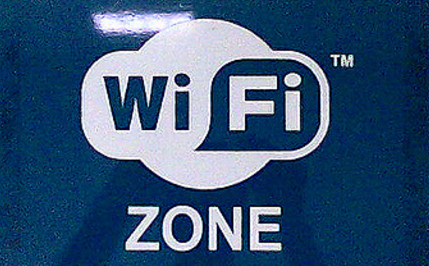 I’d rather watch paint dry than have to deal with this WiFi.

Paint would even dry faster. The internet is supposed to be an amazing, life-changing necessity for college, but that’s just not the case for most TJC students.

Waking up to a string of expletives isn’t exactly how I was expecting my break between classes to go. It’s a tragedy that naps are increasingly hard to come by these days. My roommate, Brandon Torres, was at it again, swearing and cussing up a storm about the campus internet, specifically Crossroads Hall’s network. The depressing state of the school Wi-Fi seems to be on everyone’s lips lately and the topic comes up at least once a day.

“You know the dudes next door use a hotspot to play video games?” Brandon asked me when he so rudely interrupted my sleep. “It’s insane. He literally loads up his phone’s mobile hotspot and plays his video games off of that internet. Crossroads’ Wi-Fi can’t handle it.”

I was kind of curious about how effective that could actually be, so I decided to give it a go myself.

I hooked my Playstation4 into my phone’s hot spot and measured the internet speed using a fancy little built in app. Then, I did the same thing with the Crossroads WiFi. The results took away any hope that I might have had in my dark, boring life. The dorm internet clocked in at about 873 kilobytes per second. The hot spot internet was measured at about 14 megabytes per second. For those of you that don’t speak nerd, megabytes are way, way faster than kilobytes. This issue might not be so pressing if it didn’t affect scholarly pursuits as well.

“The worst was when I was doing this online test for macroeconomics,” Brandon continued, nearing the end of his tirade. “I was maybe a little over halfway done, right? Then, before I know it, I get kicked off the servers or something. It takes me like 15 minutes to get reconnected to the internet and when I load the quiz back up, it had set me back more than a few questions.”

It’s a little more than ridiculous that people can’t even take a test or load a PDF file in the middle of class, let alone their own dorm room. It’s a miracle that anything at all is being accomplished with this corpse-like internet speed. By the time a page loads in the middle of class, the professor has moved on and the unlucky student is left behind in the lecture.

If something isn’t done, the whole campus is going to be left behind, the never ending march of technology and progress stomping us into the dust.