TheDrumBeat.com
HomeOpinionsLack of transparency can lead to lack of safety
Opinions 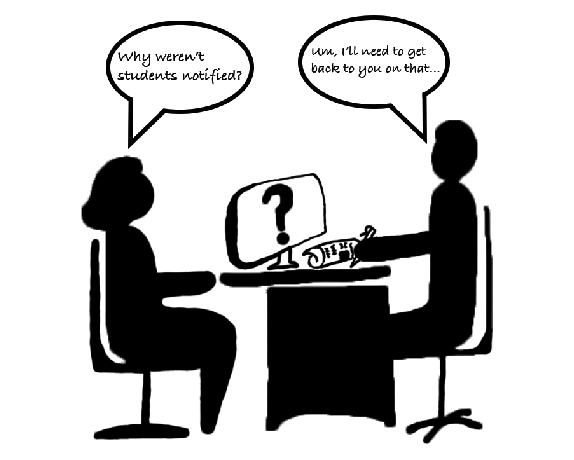 It’s all about transparency.

A shooting happened on campus in September and no alert was sent to students or faculty. As students and journalists, we wanted every side of what happened. And why were the students not informed about something regarding their safety?

A college has legal obligations regarding security alerts. No alert was sent because Campus Police, at that moment, was “able to decide” that students weren’t in danger although bullets went through a residential hall air conditioner.

Students were tweeting about the shooting and a rumor went around campus, but nobody knew exactly what happened on the night of the shooting. A police report was released two days later, along with a press release. But students and faculty were never informed of the shooting, other than by The DrumBeat.

It’s all about safety.

The shooting not being reported lead us to investigate police reports and Annual Security reports. This made us face another issue.

An attempted sexual assault case in 2014 classified as ‘unfounded’ was not reported in the Annual Police report. TJC showed a zero instead of reporting that one case. According to the U.S Department of Education, it should have been reported in the Crimes Unfounded category.

We looked deeply through this case, asked experts about it and studied the law. We knew this was not supposed to be classified as ‘unfounded.’

In the same week, the Annual Security report was modified. Now in the ‘Forcible Sex Offenses’ category, instead of a zero, there is a one.

After two years, because student media investigated it, the case classification changed. The new report was updated to the website on Oct. 11. By press day, Oct 19, nine days later, students still haven’t received the email with the corrected version.

Once again, students and faculty haven’t been informed about it, but college officials said they will inform students. They are currently in the process of doing so.