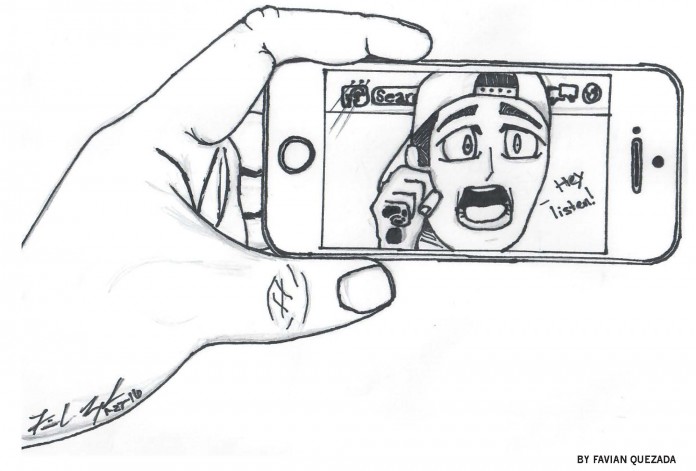 In such a technological age, it is no surprise that it has affected the way people interact with each other on a day-to-day basis, but it is a little surprising how drastically it has happened. Pew Research recently released a study that analyzed how teens, technology and friendship are all connected. The study focused on people between the ages of 13 to 17, but at TJC the average of students is between 18 and 20, so there isn’t a huge age difference and a lot of the statistics seemed very relatable to life in college.

For example, the study shows that more than half of teens will text friends daily, but only see their friends in person every day 25 percent of the time. This seems plausible because there are several people at college who would agree that they have friends that stay in contact daily, but they don’t see each other very often. In college it is even plausible that the number of times you would see your friends would drop because balancing school, work and social life isn’t always easy. Texting helps maintain friendships that wouldn’t survive the distance and time that they would have suffered without it.

Texting aside, many people still maintain this virtual relationship using social media. There are lots of people with 1,000 or more friends, but don’t even know half the people that they are friends with or follow. This has become such a common practice that people don’t even pause to think about it anymore. Most people even give their usernames to people they meet for the first time so that they can grow a possible friendship.

Social media has provided a window in to life that wasn’t there before. Instead of news traveling through word of mouth, it now spreads through a continuous feed of information that is easily accessed. Without things such as Instagram and Facebook, would your friends know as much about what you were doing and eating? Unsurprisingly, girls use social media more than boys, especially in the way they interact with it. Girls are more likely to delete or block someone on social media after a friendship ends than boys.

The problem with this new technology is the space for drama and miscommunication that it creates. Even celebrities have engaged in this online drama through things like “twitter beef” and “Facebook wars.” The study showed that 23 percent of teens said that people were “stirring up drama” frequently on social media.

Statistics aside, that is lot of people that would have never been friends without technology, but would friendships be fewer and stronger without it? Current generations seem more socially awkward than ever before and suffer from more social anxiety than people from generation X and older.

This seems to have a major effect on the way we date because 90 percent of communication is through body language. It is impossible to read the body language through text messages. This could lead to a different understanding of what the relationship is or the direction it is headed in. Not only that, but it is not unheard of for someone to be completely amazing over the phone or social media and then just not be what you expect in person.

Online dating has also become a big part of life today. Ten years ago, many people were skeptical about meeting someone through online dating, but over time specialized websites and apps like tinder have made it an accepted and widespread act.

Social media has also changed the way we vet our potential partners. After meeting someone before a serious interest is taken, many people vet the person by “creeping” through their social media accounts. In some cases, this is good because a person may find out something that is a deal breaker before they are too invested, for example if they are already in a relationship.

How to find someone has changed, but also technology has affected the way couples interact after getting in a relationship. Couples find themselves in a constant contact either through cell phone, IM or various social media. This can put pressure on a relationship, even the most compatible people will run out of things to talk about. This continuous communication is also a contributing cause to gestures of affection. Twenty years ago, if two people wanted to get to know each other, they had to go out on a date. Now, they exchange numbers and essentially become whoever they say they want to be. Not that every person wants to lie about who they are, but being in digital communication can take the edge off. People say things that they normally wouldn’t have the guts to say in person because there is a certain safety in texting.