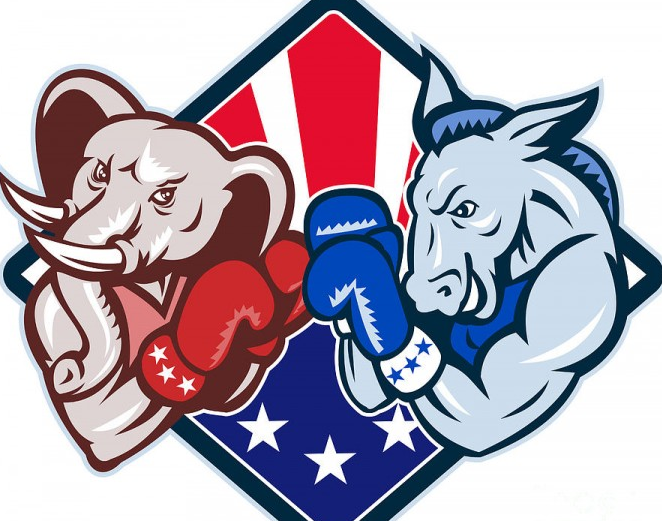 With the future of the United States being put into the hands of one of the two individuals involved in the presidential debates, it is starting to make Americans and college students uneasy about what is to come ahead.

With the election in November, it has taken precedence in people’s lives, or at least in their mind. Ultimately, what the country saw from the political parties in both the vice presidential debate, as well as the second presidential debate should not be the representation of what our democratic republic can do.

During the second presidential debate, social media was blown up with memes about both campaigns, however neither campaign presented presidential behavior. The behavior that was exercised during the debate was that of utter loss of control.

Donald Trump (R) was extremely out of line when interjecting into almost every answer that Hillary Clinton (D) provided, however, Mrs. Clinton attempted to keep her disdain under wraps by continuing to roll her eyes.

While there is definitely bad in each candidate, we as a society cannot overlook the good. Although, when trying to figure out who to vote for in the general election based off their good qualities, one must not forget to examine the behavior that the running mate exhibits. After the vice presidential debate, it was clear that neither candidate really helped their counterpart.

The debate itself was sloppy, and while they both had a difference in positions they should have, at the least acknowledged the other’s stance on the issues. The vice presidential debate was a caddy mess where Mike Pence (R) tried to not look like he was a pompous conservative who completely disagreed with his running mate, and Tim Kaine (D) attempted to defend Hillary while not exposing the lack of knowledge that he had on select subject.

The debates are supposed to surround themselves on the issues, but with the candidates trying to interrupt, make the audience laugh, and side step the important issues, the public is only being mildly entertained rather than learning what can be done on the issues. It is almost has if the country has reached the point of stress where there is extremely too much to do in a small increment of time, so instead of attempting to fix the quintessential needs of our country we are too stressed to fix anything thus we do nothing.

The presidential debates are meant to inform the viewers of what each candidate stands for and how they might be able to Band-Aid the problems. The debates thus far have only perpetuated the disrespect that Donald Trump (R) has for women, taxes and the citizens of the United States, and the disregard Hillary Clinton (D) has for hardcore conservatives and her emails.

Undoubtedly, the vice presidential candidates did not learn from the first debate. While the second presidential debate was better than the previous one, the mediators were not able to control the interruptions or the off-handed comments. We should be worried about the issues and how to make them better, but instead this election is going to be decided off these disastrous debates because we, as a country, are too stressed out to do anything.