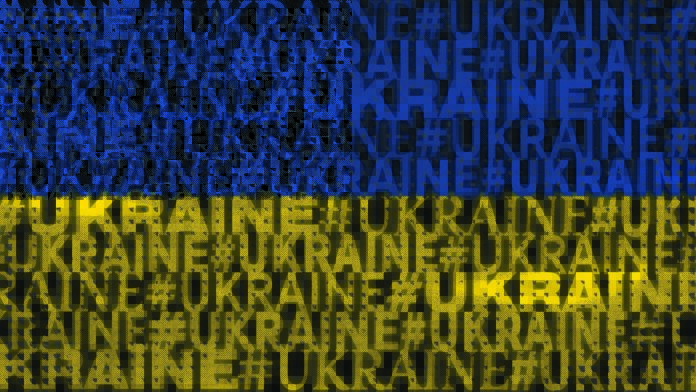 Social media is believed by some to be today’s fastest and most influential way to communicate, entertain or receive entertainment, express ourselves, and receive important messages and news.

Why turn on the television, find a news channel and wait to be told the latest breaking news when it can be received much faster with just a few taps and scrolls on a screen?

In today’s time, news coverage on social media has explored entirely new territory as it allows viewers to attain information in a different and even first-person perspective.

The war between Russia and Ukraine has been ongoing for some time now, with newspapers, radio stations, TV broadcasting and social media giving live updates to these countries’ citizens and the entire world.

More specifically, social media has allowed its users of different platforms like TikTok and Twitter to view first-hand video footage from citizens, soldiers and journalists of a live war, for the first time in history.

Editor-in-Chief of Yukon High School’s News, Conner Carlow, said, “Having social media during this time has definitely made me feel more personally connected and invested in what’s going on, seeing photos and videos of Ukrainian citizens sharing their experiences. I had seen countless videos of the war in Afghanistan but with the social media climate today, it feels a lot more real and personal.”

Currently, #ukraine on TikTok has 32.9 billion views, 1.4 million uses on Facebook and 33.9 million uses on Instagram. Some content that has been shared are videos of bombings, explosions, dead bodies, soldiers in combat, politicians making announcements, first-hand citizen perspective footage and so forth. One video from user @valerisssh on TikTok follows her “typical day” in a bomb shelter, showing her mom cooking, her dog playing and the destruction of her city.

A lot of credible war coverage has been made, but it is vital for audiences to fact-check information, as some news may not be true and could falsely bias one’s perspective. Multiple videos have been discovered to have been taken out of context, posing as Ukrainian war footage. An example used on cnn.com is a viral video of a big group of people screaming and running frantically. Many people online were sharing this video as Ukrainian footage, but CNN pointed out the footage was from a low-budget British film.

It is crucial to develop efficient media literacy tactics such as being able to discern exaggerated content, photoshopped images, edited videos and the lack of trustworthy informants. These tools can help to correctly analyze information based on delivery and the overall message. The impact of fake news has been shown to be negative to the global community. The spread of lies causes confusion, unnecessary emotions like fear and uncertainty in reliability between the audience and content publisher. According to Social Epistemology Review & Reply Collective, “Fake news can lead to a worse informed populace and take in those in positions of power, thereby threatening a range of things we value. It might have genuinely disastrous consequences.”

Other war content found on social media are things such as memes and rude comments that can come off as insensitive, but some see these moments as ways to manage one’s emotions.

TJC Alumna Tal Carson said, “I have seen many statements from politicians as well as confirmed and unconfirmed stories about specific people and occurrences in Ukraine. Some posts I’ve seen are almost definitely misleading or untrustworthy (such as those put out by the Russian government), while others come from reputable sources such as members of the Senate Intelligence Committee, etc. I have also seen memes and other creative content, which I believe helps people to cope with heavy topics such as this war without drawing their attention away.”

Social media algorithms vary for everyone so the type of content and perspective that shows up on one’s feed may be different. However, anyone who receives any kind of news or information is bound to have their perception either strengthened or changed. A mass of news coverage even beyond the war has yielded much insight.

“Living in a very conservative area, I’ve naturally seen a lot of mixed reactions. The number of people that believe that this is a prank or some liberal propaganda creation is astonishing. The recent rising gas prices have definitely added more fuel to the flames,” Carlow said. “Another thing I’ve seen commented on a lot in regards to companies shutting off services to Russia, which opened many people’s eyes to how much corporate America can/does control everyday life.”

There are many cons to these apps, but they also have their pros. Many people, especially younger generations who don’t access the news on TV, have now gained that access through a system that can be understood. Current news and information can be attained quick and efficiently, serving knowledge to people who may not have received it any other way. Others tend to think the same.

“Although there are some negative threads that I’ve mentioned, I think it is a net positive,” Carson said. “Sure, a single social media post doesn’t effectively win the war for Ukraine, but an outpouring of support even via social media brings attention to the issue, putting pressure on entities with the capacity to effect real change. Among such entities are the governments of the world and people like Elon Musk.”