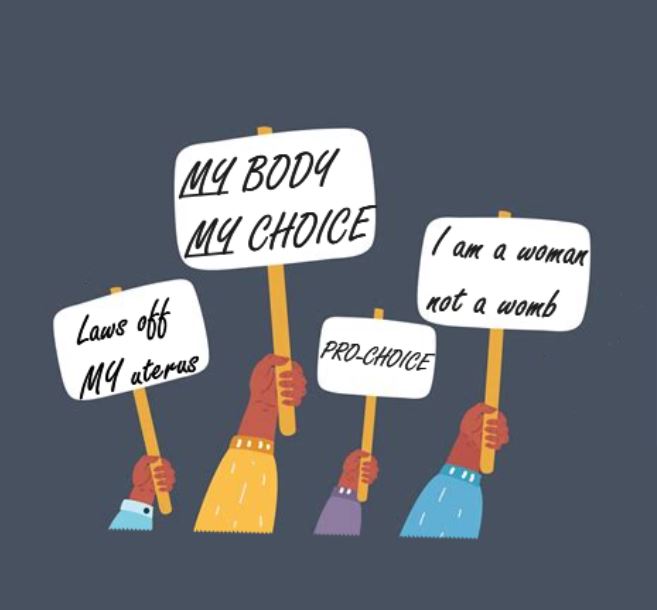 Senate Bill 8 went into effect at the beginning of September of this year, restricting access to abortions in Texas after cardiac activity, or a heartbeat, is detected. This can be as early as six-weeks, generally before the pregnancy even makes itself known. With that restriction comes the ability for private citizens to sue those who receive or aid in the process of terminating the pregnancy, no matter how far along they are. The lawsuit aspect of SB 8 is a scare tactic the state is using to make people afraid to get abortions and effectively ends abortions in the state of Texas without putting the responsibility on the state.

The Senate Bill has bounced from court to court, most recently SB 8 was suspended by U.S. District Judge Pitman who called it an “unprecedented and transparent statutory scheme,” by the state in his 113-page decision.

On Oct. 8, just two days after Pitman’s suspension, the U.S. Court of Appeals sided with the state and lifted said suspension, reinstating what is vernacularly called “The Heartbeat Act” in Texas. Abortion providers who had made appointments during the suspension, rushed to cancel any who did not fall in that six-week allowance period.

“This is a major loss for Texas patients and abortion providers, who have navigated the law’s devastating effects on abortion access for over a month now,” said Planned Parenthood President Alexis McGill Johnson in a statement. “The Fifth Circuit has again disregarded half a century of precedent upholding the constitutional right to abortion.” One reason this ban has been criticized so heavily is because of the precedent it sets for bodily, or personal, autonomy.

“From the moment SB 8 went into effect, women have been unlawfully prevented from exercising control over their lives in ways that are protected by the Constitution,” Pitman wrote.

Bodily autonomy is defined as the right each person has to control what they do with their body. Several court cases have challenged the idea of bodily autonomy, such as Griswold v. Connecticut, McFall v. Shimp, and of course, Roe v. Wade. In each case, the Supreme Court ruled that while personal autonomy is not a fundamental right, the Constitution gives its citizens the right to make decisions about their own bodies.

In the same way you cannot be required to donate blood or organs, you should not be required to carry a pregnancy to full term. The fetus inside of you is considered a parasite at that point. It needs you to live. But if you do not want to donate your body to it, you don’t have to.

Say you get in a bad car crash. You and the other driver get rushed to the hospital for your injuries. You were fortunate enough to have minimal injuries, but the doctors tell you the other driver needs one of your kidneys to live. If you refuse to give consent, the hospital is not allowed to perform the medical procedure without your permission, even if it could save a life.

Even worse, the driver is on life support. You wake up hooked up to them as their life support. The doctors say they will die if you don’t let them use you to stay alive. It’s only for nine months after all, and it was your fault for getting in the car. You know that driving leads to crashes. If you say that you do not want this patient to use your body to stay alive, that you want to be able to get back to your life fully as quickly as possible, does that make you a murderer? Did your decision to practice your bodily autonomy make you a killer? Even though the driver could not live without you, no one can compel you to keep them alive, especially if it causes undue harm to you.

In the same way, a fetus would die without your body to keep it alive. But if it causes undue emotional, mental, or physical harm to you, no one should compel you to carry it to term.

It’s remarkable that the only law in America calling personal autonomy into question is such a controversial topic. There are no massive protests for “do not resuscitate” orders, or senate meetings when a family decides to end the life support for one of their own. The question I have is simple: is a woman’s body where we draw the line? A law regarding the medical decisions for a uterus-owner should not be made by those who don’t own one. The whole point of democracy in America is the idea that those governing will be subjected to the same laws as those being governed. But that may just be a utopian fantasy at this point.

One brief shining light is the Department of Justice, who released a statement announcing their plan to take this decision all the way to the Supreme Court. But that could take months or even years before it even arrives at the court’s doorsteps. If you agree the government should not be making medical decisions for its citizens, reach out to your representatives and let them know. Repost on social media. Talk to your friends and family about this issue. In this age of information it is so much easier to make people aware of the issues you care about, so get involved, stay connected and make your voice heard!