The candidates didn’t debate, they bickered 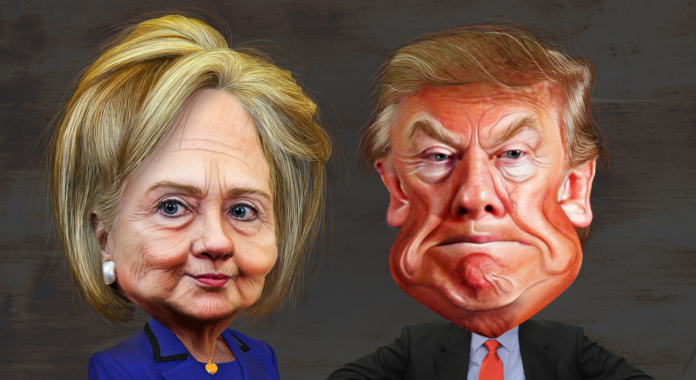 High school debaters may not be perfect at argumentation due to the amount of years that they have been on the earth, however, comparatively between the Republican and Democratic presidential nominees, the high school debaters win the prize.

Most college students are more worried about homework and the complications that life will throw their way, rather than the outcome of the 2016 presidential election. This is for good reason, many believe, whether it be because an individual does not have a preference on the candidate, feels as though their voice will not be heard, or even they dislike all the candidates to the point where the individual feels it would be a waste of a vote. The first presidential debate of the 2016 election cycle did not make it easier for these rightfully opinionated people to change their minds.

While the commonality of the word ‘debate’ has often been misconstrued, the first presidential debate of 2016 was an argument fest. The difference between an argument and a debate is that an argument has structure and often times is taken as criticism to one or more individuals involved. A debate, however, is primarily constructive and provides education to both the people involved and the viewing parties.

During the debate, many fallacies came to light. One of the funniest was Republican Presidential Nominee, Donald Trump’s stance on global warming. Earlier on the campaign trail, the Republican nominee tweeted out, “The concept of global warming was created by and for the Chinese in order to make U.S. manufacturing non-competitive.” However, during the national debate, he stated that he never said that global warming did not exist.

This was one of many contradictions made by Donald Trump during the presidential debate.

However, the contradictory statements were not the only things that helped Donald Trump at the starting line. The comments he made towards Hillary were sarcastically conveyed and were oppressive to the candidate herself.

One comment in particular that perpetuated the patriarchy was, “Is that OK? I want you to be happy. It’s very important to me.” It was not necessarily the words he said, but the attitude behind them.

Additionally, Hillary Clinton was interrupted over 50 times by Donald Trump. Not only did he interrupt her, but also the moderator, Lester Holt. Furthermore, Donald Trump really struggled to stay on topic the majority of the time.

Many national news stations are trying to put the title of ‘winner’ onto one of the candidates, however the notion that the debate will be judged is flawed. If the debate were judged by the same means that high school or even college debate is judged, the arguments that went completely untouched or provided little to no clash between the candidates would show who won.

In the technical aspect, the ‘winner’ can be seen through experience and poise. The person with the most experience and who also exhibited the greatest amount of poise during the debate was the Democratic Nominee, Hillary Clinton. Although, if the presidential debate was judged based off who could interrupt the most times, Donald Trump would take the cake.

While, as educated citizens, we can chuckle about the first debate, we should be very concerned by what is to be the outcome of the debates, and further to the presidential election. The way that the presidential candidates are viewed by other countries should be something that the public is aware of.

Ultimately, this is just the first debate of three, but the idea that it can be made a mockery is preposterous. Value should be taken in what is to be an intellectual debate on important issues facing the country.

After the first presidential debate of 2016 one thing is for certain, no matter who you feel won the debate, both sides need to do a better job of portraying our country as something more than a joke.  It is quintessential that our citizens are heard, and that other nations value our opinions and laws as a respected nation.

Maybe what the presidential candidates should invest in is the divine coaching from high school debaters, then maybe they would be able to stick to their topic areas and be respectful of another’s argumentation.