The Drumbeat tradition broken, but for a good reason 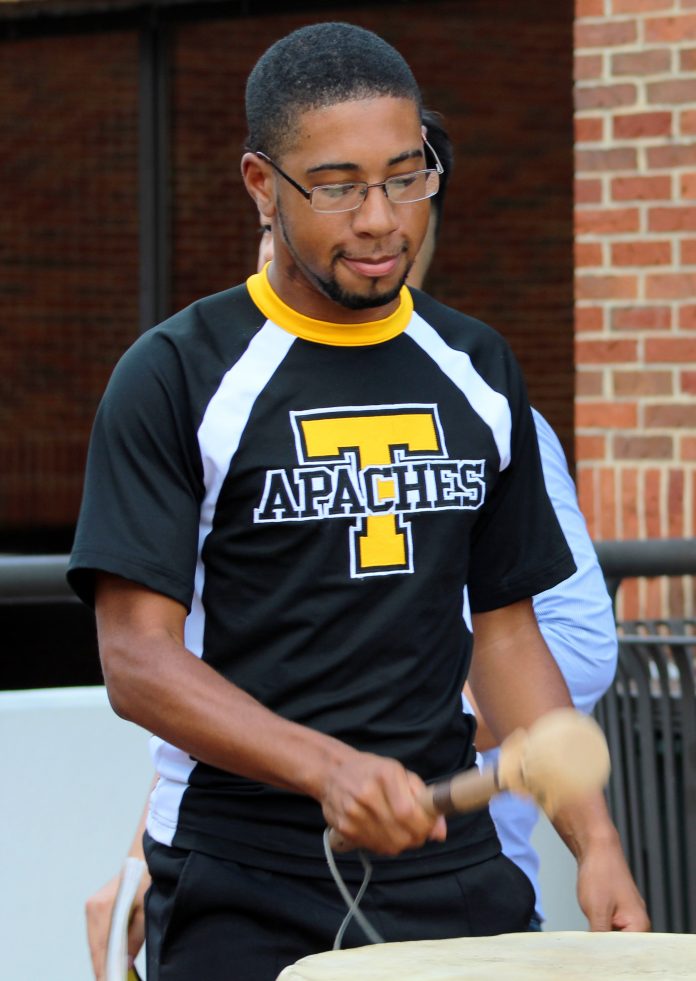 What could possibly have stopped a tradition that has been broken only once in the past 68 years?

The drumbeat, it’s a tradition that has become a part of Tyler Junior College. When TJC is spoken about, the homecoming tradition of the beating of the drum isn’t far behind.

Ever since 1948, the tradition of the drumbeat has never ceased, until one day 18 years ago. Starting Monday of homecoming week, students and faculty would beat the drum 24 hours a day until kickoff of the homecoming football game. If the drumbeat is disrupted, it is believed that TJC will lose the football game.

On that dreadful day back in 1998, the beat stopped, the day seemingly grew damp and dark. Although it is unclear the specific time or reason that it stopped, it still stopped.

TJC didn’t lose the game but it ended in a tie due to cancellation because of weather. It was as if the gods showed mercy and sent a warning by relenting and stopped the game before we could lose it. But they still showed their wrath in the form of hail, flash floods, and thunder and lightning.

Since then, the drum has been beaten all 24 hours of every day of every homecoming week up until kickoff. That is, before several shots rang out Monday night, September 12. The people beating the drum rushed inside, panicking about what they had heard. The shots came from a .40 caliber Smith & Wesson around Sledge Hall. Thus, disrupting the tradition of the drumbeat, but for good reason, I believe.

To the native tribes of America, beating the drum is something more than sound and music. Many Native American tribes believed the drum contained thunder and lightning. And when beaten, it was a way to get the attention of the gods and to connect with the forefathers.

Many tribes made sure the drum was always watched. Some assigned the oldest son of a selected family as the drum keeper who would watch over the sacred instrument because they believed it was alive. The skins of animals and trees that were used to make the drum lived within it.

The drum was something that was believed to be the first instrument ever used by humans. The indigenous people of America would use it as they prepared for war. While praying to the gods and creators, the keeper would beat the drum so that it would resonate throughout the tribe. The same way the students of TJC keep the sound of the beating drum thundering throughout the campus.

I’m sure there are some who think the people beating the drum should’ve been more poised to continue beating the drum, but put yourself in those shoes. It’s late at night, not much light, and you hear gunshots, more than 10 ring out. I’m thinking life or death when I hear gunshots where they shouldn’t be heard. I’m at least stopping to hear how close they are and then I’m running inside somewhere safe.

As for the football game, the drum may have been disrupted, but the Apaches didn’t miss a beat. They came out swinging from kickoff and never let up. TJC blew out the Northeastern Oklahoma Norsemen 65-14 in tremendous fashion.

I say it was a smart move to run inside. Yes, it’s tradition, but no tradition is of more worth than a human life. So, a big thank you to all of the people involved in this tradition. Thank you to those who take the time out of their schedule to keep this tradition beating.